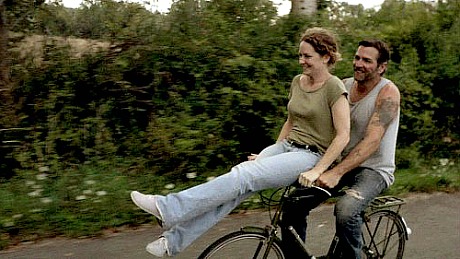 “A minimalist, image-based character study that is almost impossibly fragile and yet emotionally robust, Francine is a legitimate discovery. It’s propelled by Melissa Leo’s remarkable title-role performance, rigorous in its honesty and unimpeded by even a scrap of vanity. Made on a shoestring, this first narrative feature from husband-and-wife filmmaking team Brian M. Cassidy and Melanie Shatzky is raw, intimate and observed with penetrating acuity.

“The austere approach and stark naturalism invite comparison with the work of Kelly Reichardt, and the subject specifically recalls Wendy and Lucy. The earliest films of Jean-Pierre and Luc Dardenne also come to mind while watching. But Cassidy and Shatzky, whose backgrounds are jointly in photography and documentary, have their own voice and their own nonjudgmental gaze.

“As a window into a life of seemingly irreversible dissociation, the film performs the uncommon trick of being wide open and pellucid while simultaneously shut tight and opaque.

“One of the interesting aspects of Francine is that despite the unsettling intimacy of the portrait, only sparing use is made of facial closeups — the usual short-cut to accessing an introspective character. Dialogue figures just as frugally, and psychological background is entirely withheld. But still we come to know the woman onscreen, speculating about her history and contemplating her future after the film has ended.”