Panned Lincoln, Yes, But Not Damningly

I just happened to re-read my initial Lincoln review, which I posted on 11.8.12. I have a reputation of being a knee-jerk Spielberg hater, yes, but what I said here was fairly perceptive and on-point, I think. Measured, contained, judicious. I didn’t just crap all over it. Yes, I am very, very proud of having been part of the team that prevented…okay, that hit this film with enough bee-bee pellets so that enough Academy members felt discouraged from giving it the Best Picture Oscar. But I wrote about it with an even hand, I think. I said what I felt I had to say in just the right way. Final sentence: “The bottom line? Lincoln is a good film, deserving of respect and worth seeing, but it happens at an emotional distance and feels like an educational slog.” 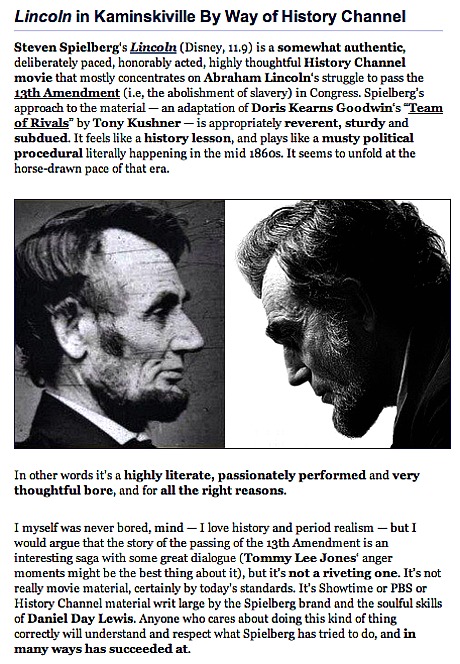