Red Is The Color

Rob Epstein and Jeffrey Friedman, the directors of Lovelace, are serious guys, but the new one-sheet simply says the film has X-rated content…which, given the theme and the scheme, isn’t complex or intriguing enough. The marketing guys should have tried harder. 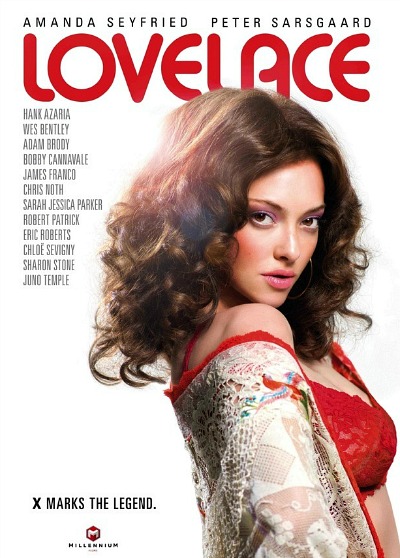 Dave Itzkoff‘s 2.1012 N.Y. Times piece reports that “the story, told in flashbacks, is broken into three acts by having Linda Lovelace explaining her life to three different interviewers.” Epstein and Freidman have described the acts as “[the] protagonist’s ascent, decline and ’80s-era redemption.” On top of which each part will be allegedly depicted “in a different style that would fit the content.”