Last night in Santa Barbara Robert Redford had his final All Is Lost moment in the sun. After a stellar and industrious career of 50-plus years Redford gave the finest performance of his career, a performance that seems all the more skillful and affecting because of its deftness and spareness and near-silence. And yet he was blown off by SAG colleagues and Academy members because…okay, because he didn’t campaign that much (certainly not to the extent that Bruce Dern did) but mainly because they couldn’t be bothered to watch All Is Lost. Why? Because they’re lazy but also, I suspect, because they didn’t want to see a film about a resourceful old guy struggling to survive against nature’s merciless persistence. Nature will get us all sooner or later, and they didn’t to grapple with that — too close to the bone. 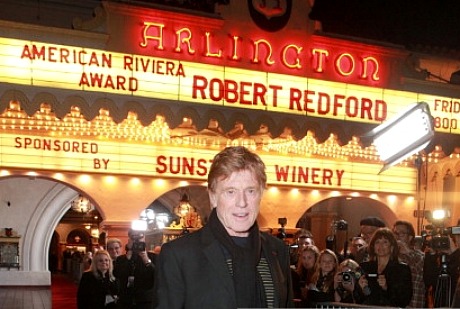 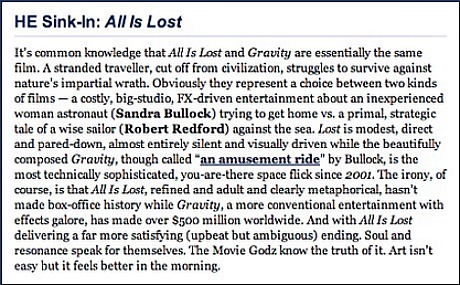 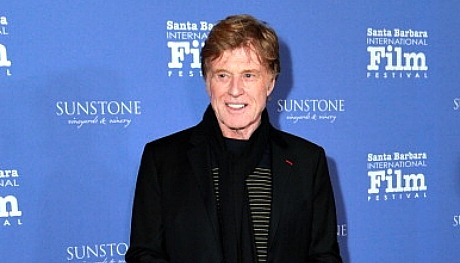 “In an act of what can only be called smug and clueless defiance, Screen Actors Guild members this morning refused to include Robert Redford‘s career-capping performance in All Is Lost among the five SAG Best Actor nominations,” I wrote on 12.11.13. “I’m not just angry at these tools but…well, confused. Critics and columnists and people who know what’s aesthetically right and wrong have been patiently explaining the inevitability of Redford since Cannes, pointing to the stoic dignity of his historic, all-but-wordless emoting aboard the Virginia Jean. The Redford dismissal is probably more of a reflection of a lack of interest in (i.e., insufficient understanding of and respect for) All Is Lost than a thoughtful response to Redford’s performance, but still…the shallowness!

“A journalist friend recently told me about speaking to a very well-known actor at a party. He said the actor had told him he’d popped in a screener of All Is Lost and then turned it off after ten minutes or so. The actor’s explanation went something along the lines of ‘I saw what this was going to be…all alone, no dialogue, the threat of death…and I quit.’ Advanced-age ADD is what home screenings are all about. This is why All Is Lost has to be seen in a theatre, why it has to be paid close attention to. I’m really seething about this. Cauldron of acid in my stomach. I’ve always thought of the SAG membership as a bit whimsical and flakey and on the immature side, but this!” 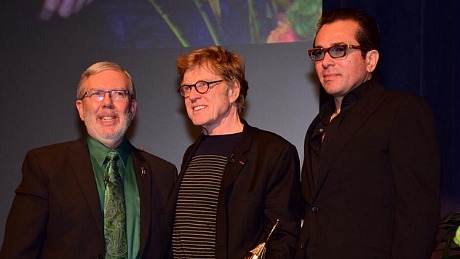 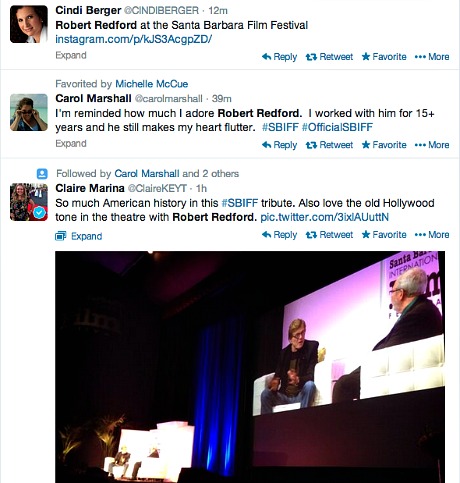