After Kenneth Branagh‘s Belfast was first screened at the Telluride Film Festival, it was immediately apparent that your smarter, more discerning viewers were not won over while the softer, emotionally susceptible, easy-lay types were jumping up and down.

It therefore comes as no surprise that Branagh’s black-and-white period film has won the People’s Choice Award at the Toronto International Film Festival.

The top three contenders for the trophy were Belfast, Jane Campion‘s The Power of the Dog and Shasha Nakhai‘s Scarborough. Gripping and well-crafted as it is, Campion’s film is too morose and misery–driven to win a popularity contest, and not that many people had even heard of Scarborough.

Belfast won, God help us, because it delivers the warm emotional porridge. Yes, this means that Belfast will snag a Best Picture Oscar nomination. But then we knew that. 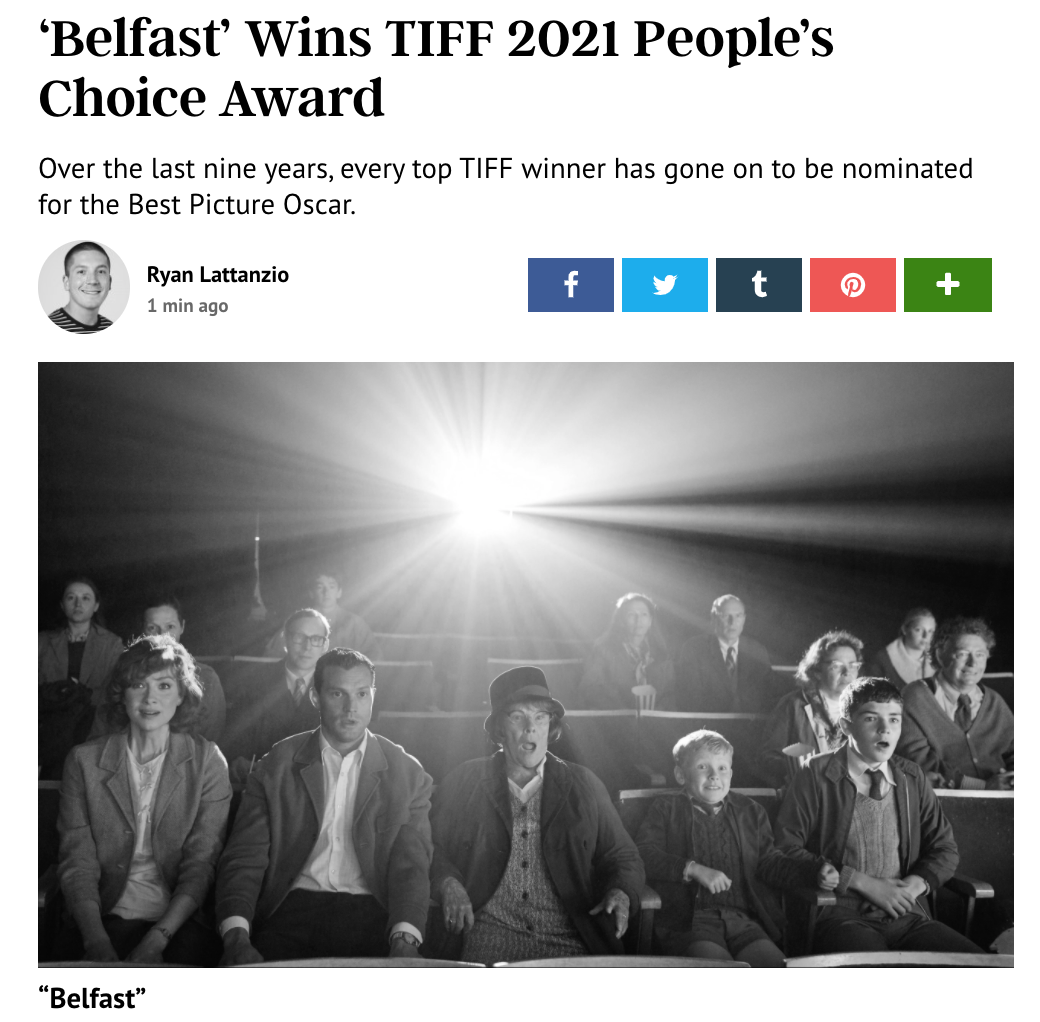 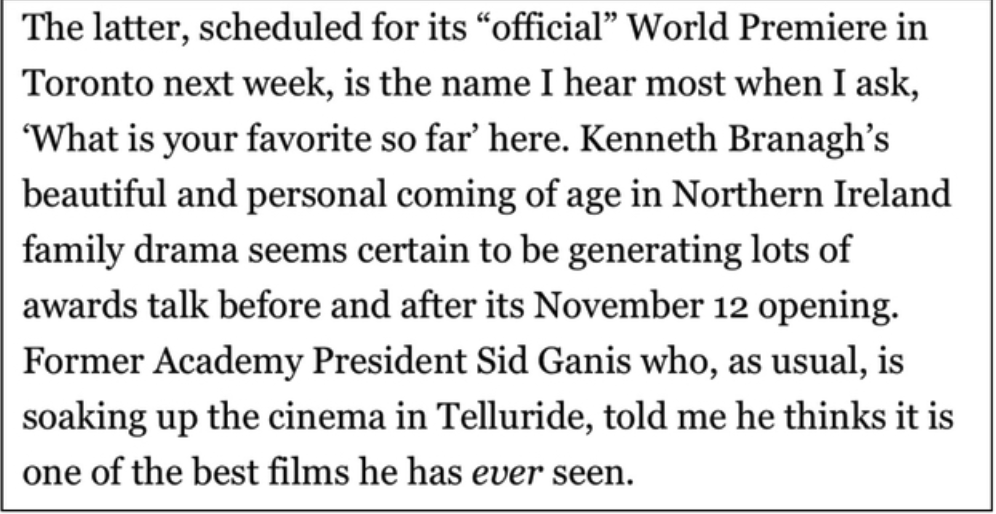 Jordan Ruimy:
“Branagh basically took the Roma blueprint and made it more accessible for the mainstream by injecting some Jojo Rabbit whimsy into its frames. A meticulously evil/genius plan that might pay off come Oscar night.”