It’s not a stretch, not a reach, and pretty much incontestable that David Fincher‘s Zodiac is one of the five best films of 2007. I don’t mind reminding people of this obvious fact. It’s a blazingly original, perfectly made, deeply haunting landmark film that’s not only about an obsessive search for an elusive serial killer, but has the genius to embody its own theme by being obsessive itself — an amazing synchronicity that echoes back and forth into infinity. 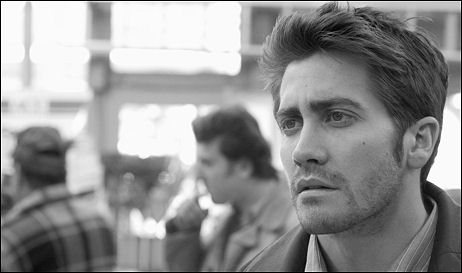 Ten years from now most of the films being talked up for Best Picture will on the tip of people’s tongues or flat-out forgotten, but Zodiac will be just as vivid in people’s minds as Heat is today. Naturally, of course, no one’s saying anything about it right now. I think it’s an affront to the Movie Gods that you have to rattle cages to get people to say, “Oh, yeah….Zodiac. Right. Came out last March. Great film.”

And you guys call yourselves film worshippers? Devout movie catholics? And you can’t be bothered to pay tribute to an indisputable classic — one of the greatest investigative procedurals-slash-art movies ever made?

Paramount seems to believe in Zodiac‘s Oscar potential. The Envelope‘s Pete Hammond reported yesterday that the studio “spent around $300,000 on trade ads on 10.24, including two glossy double gate-folds that added up to 8 pages of rave quotes in Variety.”

Paramount “has also sent director’s cut DVDs to hundreds of awards voters and taste-makers in addition to the film’s regular ‘For Your Consideration’ DVD to Academy members,” Hammond adds.