“Will Roger Deakins finally win his long-sought Best Cinematography Oscar? He’s done his usual first-rate job here and everyone knows he’s well past due, so I guess, yeah, probably. But the real whoa-level work is by production designer Dennis Gassner and supervising art director Paul Inglis . Who of course designed and created everything with Villeneuve’s meticulous input, so this is really more of a world-class Villeneuve, Gassner and Inglis collaboration than a career-capping feather in Deakins’ cap.

“I was also hugely impressed by Hans Zimmer and Benjamin Wallfisch‘s atmospheric throb-crank score or whatever you want to call what I heard last night…1000 synthesized tubas blasting out some kind of non-musical, industrial-strength, glass-shattering whuuhhaahhhhnnnkaahhhh.

“I caught an 8pm showing of Blade Runner 2049 at the Cinerama Dome, in row O, seat 27. I needed a break after an hour (messages, hot dog, staring at Sunset Blvd.), but when I returned I plopped into a second-row seat and that, let me tell you, was really cool with that huge curved screen and distorted convex image looming above me. The only problem was that the dialogue wasn’t as crystal clear as it was when I was in row O.

“All that said, I will never, ever watch Blade Runner 2049 again. Really. You can take that pledge to the fucking bank.” 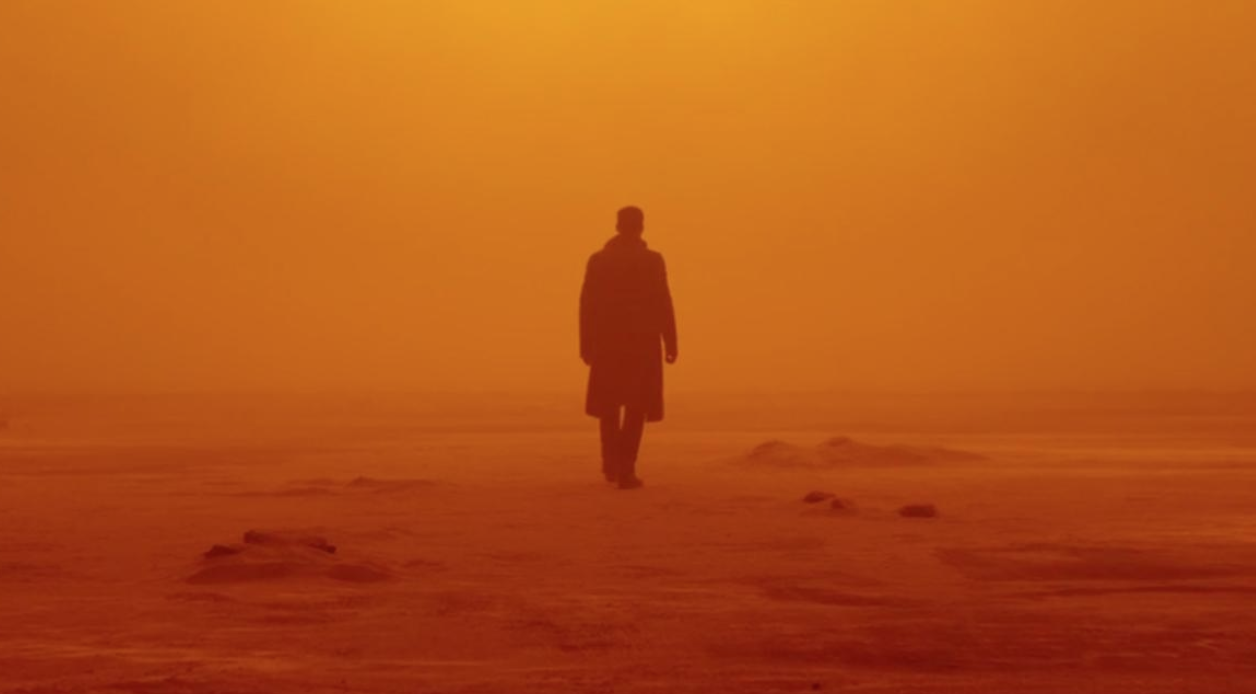