The highly cultivated Schell was a respected pianist (recognized as such by no less an authority than Leonard Bernstein) and classical music devotee. In 1983 he and Bernstein co-hosted an 11-part TV series about Ludwig van Beethoven that featured included live symphonies plus discussions of Beethoven’s works. Schell also worked with Italian conductor Claudio Abbado and the Berlin Philharmonic Orchestra, which included a Chicago performance of Stravinsky’s Oedipus Rex, and another in Jerusalem, of Arnold Schoenberg‘s A Survivor From Warsaw. Schell also produced and directed live operas. 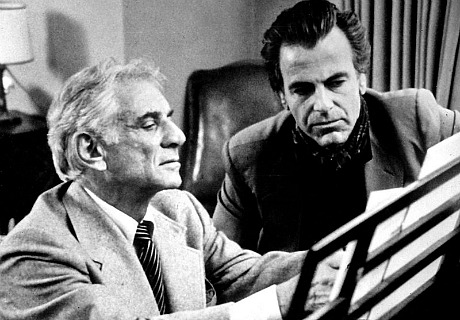 Schell and Leonard Bernstein in 1983.