Of course I love Wes Anderson creations…of course I do! It’s just that many of my Anderson faves are his commercials, and those dozens upon dozens of YouTube parodies. Feature-wise I’ve always been and will always be fully respectful of Anderson’s brand or stylistic stamp, and that includes The French Dispatch, which I had a mostly unpleasant time with at Telluride last September.

But I am a genuine, whole-hearted fan of only a handful of Wes’s films — Rushmore (which I’ve always adored like a brother), Bottle Rocket, The Grand Budapest Hotel, the original black-and-white Bottle Rocket short, The Royal Tenenbaums. But I dearly love the Wes signage, specifically the shorts and parodies. The SNL Anderson horror film short is heaven.

The French Dispatch has been out and about for a while — HE loyalists are hereby asked to post reactions.

I will always be on Team Anderson, and I will never resign. Partly because I’m 100% certain that one day he’ll reach into his heart and decide to broaden his scope, or perhaps even re-think things somewhat. (Wes is still relatively young.) He has to — artists have no choice. I just hope and pray he’ll make more of an effort to blend his hermetic Wesworld aesthetic with the bigger, gnarlier, more complex world that’s been there all along. 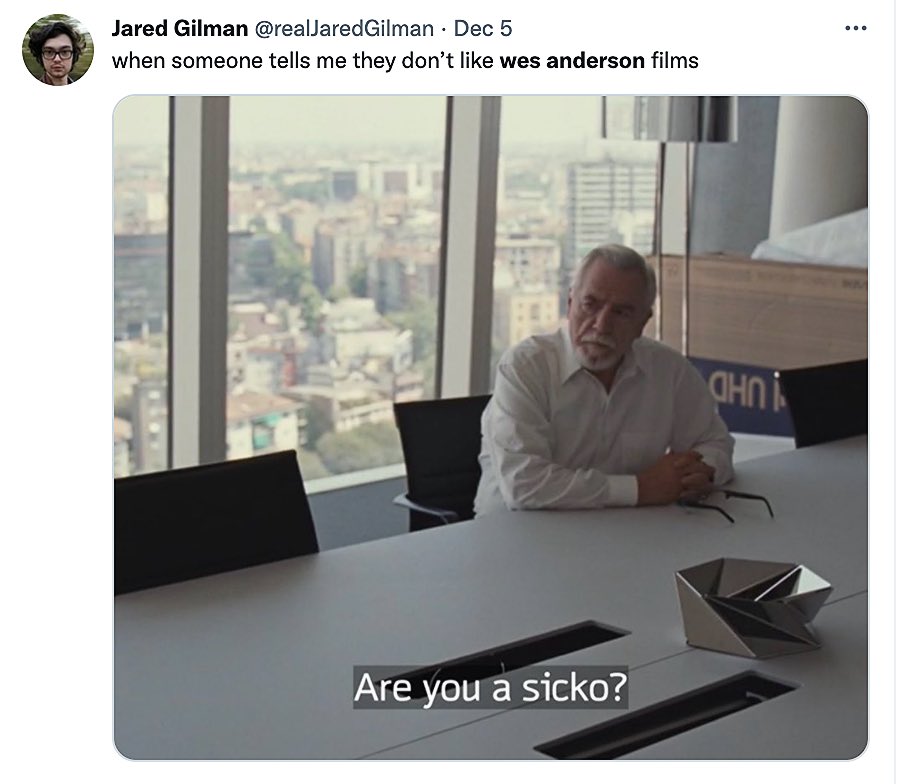 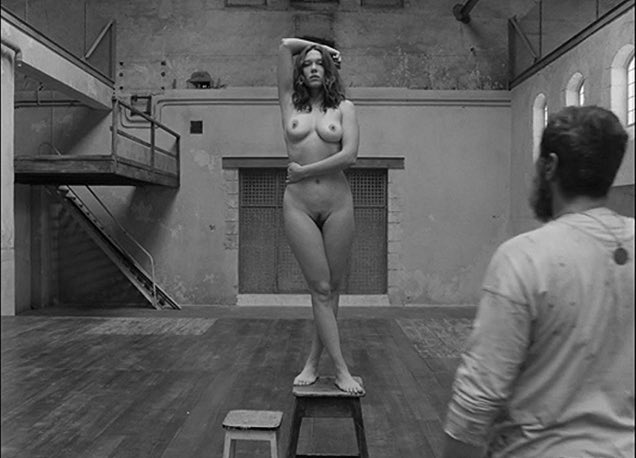 Posted on 9.24.07: “Anderson is obviously one of the most distinctive signature filmmakers working today. He can solve his problem by simply crawling out of his own rarifed ass and exposing himself to some form of raw, unruly, Hemingway-esque experience — a life without stuffed African animals or spur-of-the-moment train trips to Rome or specially tailored seersucker suits.

Comment from HE reader “JD”, posted in 2007: “Anderson’s characters (like Anderson himself and possibly his audience) are trying to hide from their very real, adult pain in the surface comforts and curiosities of childhood… in essence, he makes children’s movies and/or fairy tales for adults with an interest in art films, literature, and rock ‘n’ roll. If you ask me, that’s an incredibly bold and original approach and one that is certainly worth revisiting in different genres/narrative contexts.”

Posted by “Milk Man,” posted on 9.24.07: “Don’t get me wrong — the man is a great filmmaker and one of the preeminent tastemakers of the current targeted demographic, but there is no there there. It’s just the fact the he’s so fixed and rigid that makes me kind of itchy. I feel the same way about Tarantino. Both of them are obviously madly in love with their calculated public images. But in the end it’s not about them, or it shouldn’t be. It’s about the movies. And whether or not the movies can survive the endless self-love of the men who created them remains to be seen.”