I’m not a big pie guy as a rule. I’ll have an occasional slice of pumpkin pie around the holidays, but that’s about it. I nonetheless ordered apple pie a la mode last night at Barney’s Beanery…an idea that hit me out of the blue. The vanilla ice cream was perfect, but I went into…well, you’d have to call it shock when I saw that the pie was covered with melted cheese.

Call me ignorant and naive, but until last night I’d never even heard of cheese-melt apple pie. I knew right away that I couldn’t even think about eating it. Or sampling it. I was gradually persuaded to take a single bite, and I couldn’t really taste the cheese. The sugared apple stuffing was overpowering. 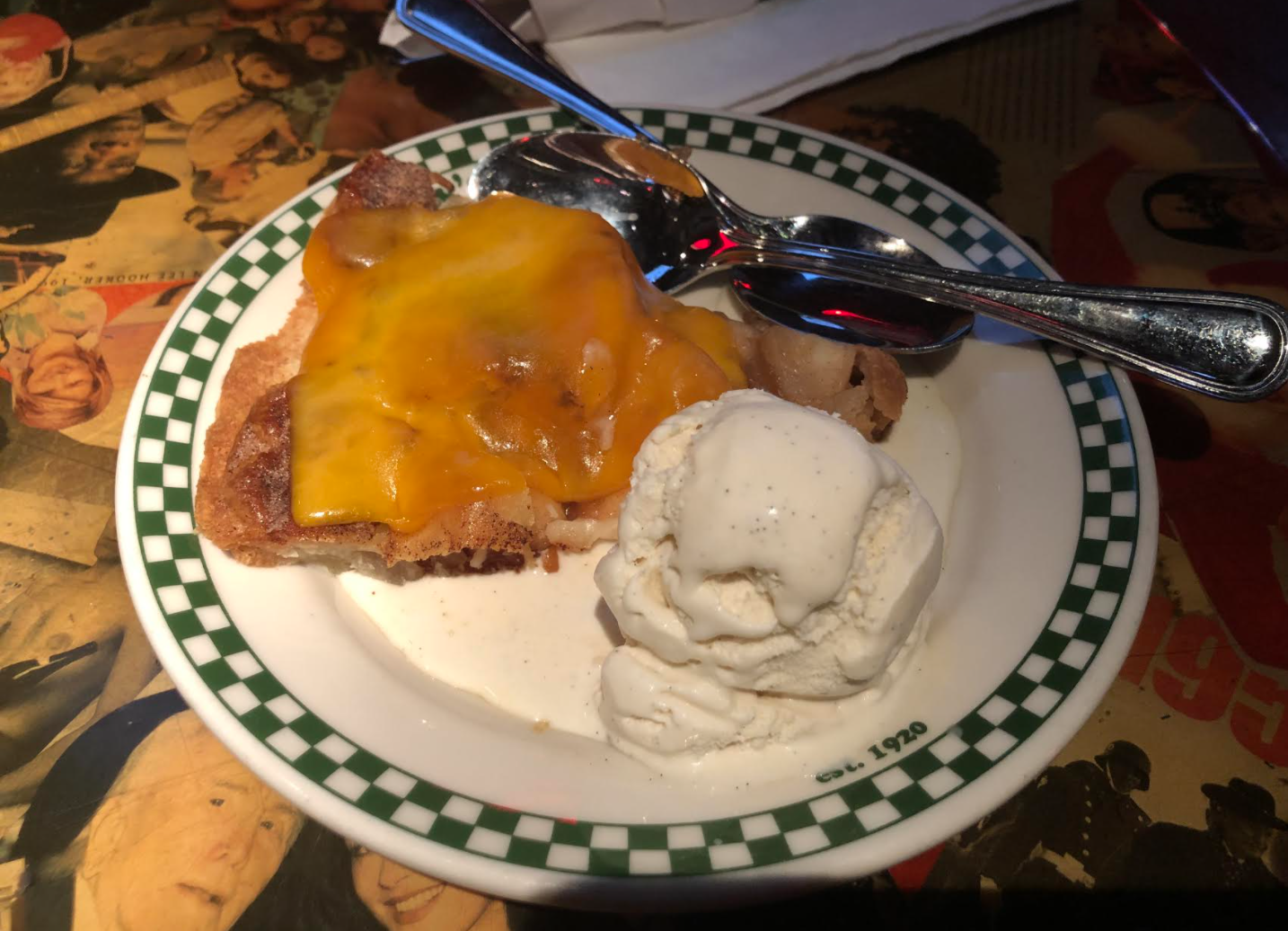 Our waitress informed us that cheese-melt apple pie has been served by Barney’s Beanery since it opened 101 years ago.

Research: “In 1998, a reader of the Los Angeles Times complained that ‘[a column] about cheese and apple pie left me feeling like I live in the twilight zone… I have so far never encountered American friends or acquaintances who even want to try this.” When asked whether he ate pie with cheese in his home state of Mississippi, one chef said: “Oh, God no! They’d put you away in a home.”

“The idea appears to have originated in England, where all sorts of fillings were added to pies. At some point, the 17th-century trend of adding dairy-based sauces to pies morphed into a tradition of topping them with cheese. For instance, in Yorkshire, apple pie was served with Wensleydale, which is likely how the phrase ‘an apple pie without the cheese is like a kiss without the squeeze’ began.

“According to The Mystic Seaport Cookbook: 350 Years of New England Cooking, New England settlers brought the idea behind these Yorkshire pies with them, but instead of Wensleydale, they began using cheddar.” 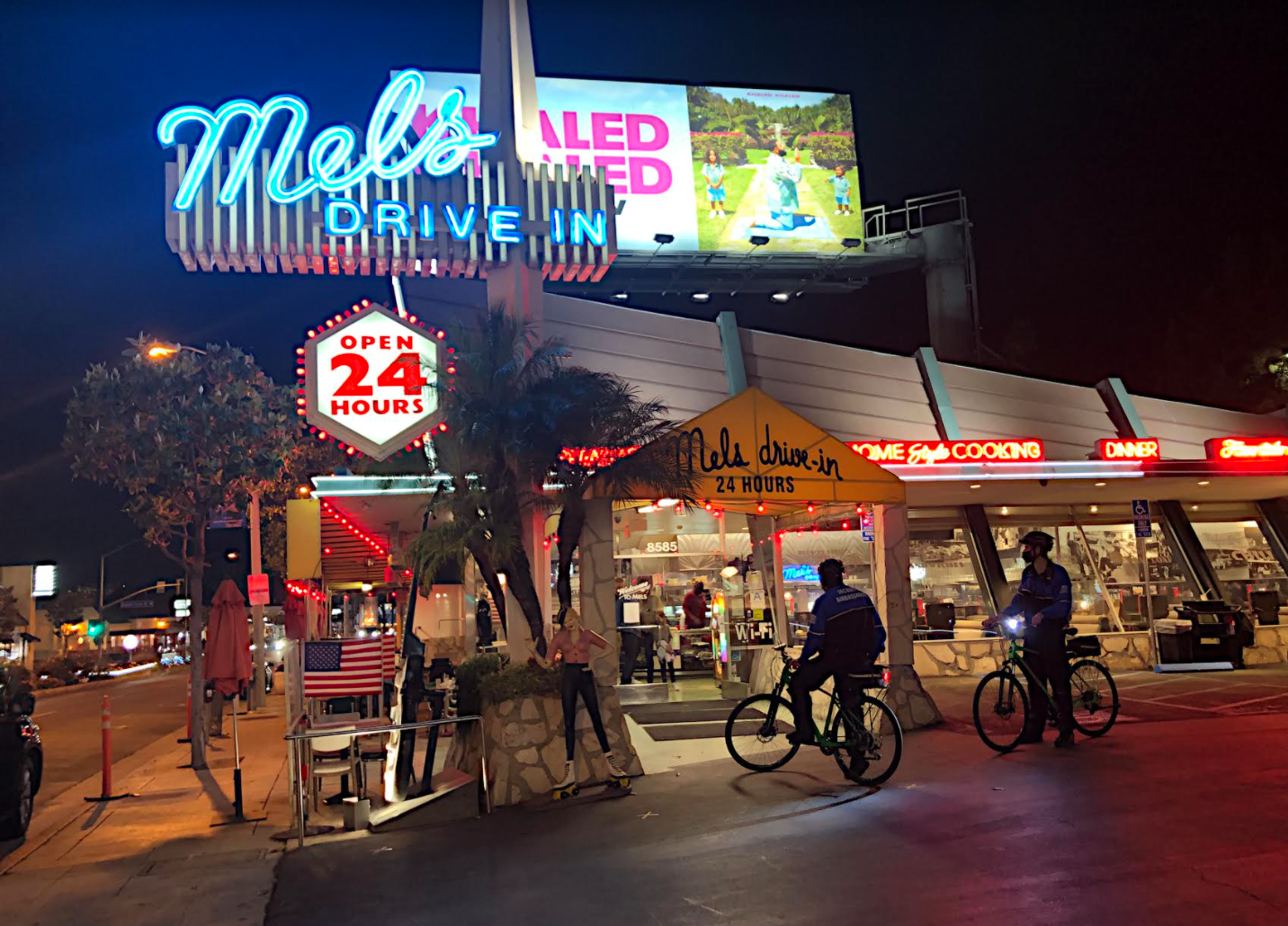 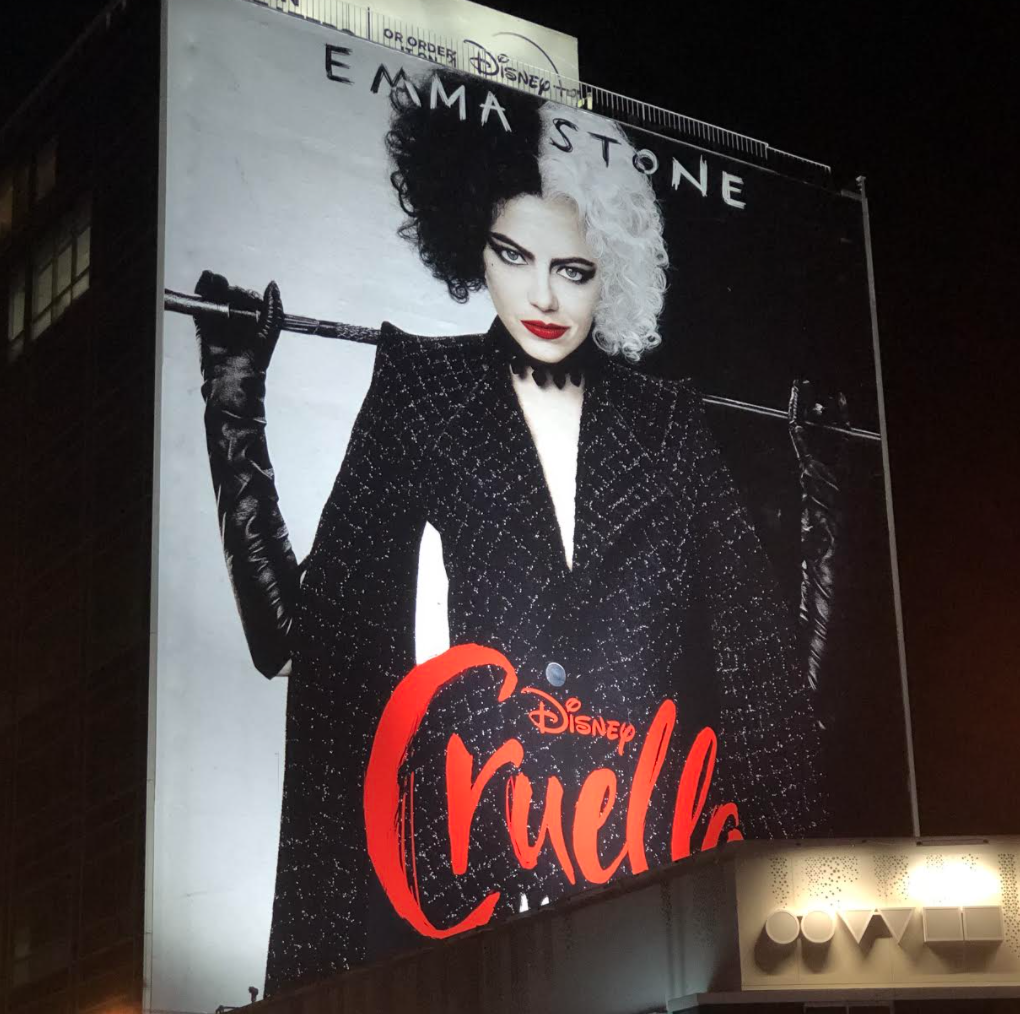 May 19, 2021by Jeffrey Wells32 Comments
« Previous post
Don’t Stand Too Close To Me
Next post »
Enough Coasting