The Right Intentions But…

Alexander Payne and other mature, quality-minded directors will be pleased to hear about a plan by producer Robert Simonds to create a new movie studio dedicated to making $40 million movies with big stars that are aimed at semi-adult audiences — the kind of film that big studios don’t make any more. But Simonds has never been into funding Alexander Payne-type films, and he probably never will be. His new studio will most likely wind up making films with a glossier, more commercial sheen (i.e., Nancy Meyer comedies). 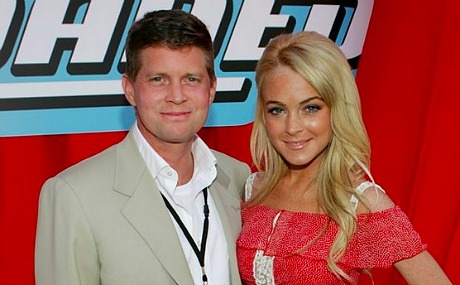 The studio’s name will presumably be revealed during a formal announcement that will happen sometime today. Simonds and his backers (including TPG Growth and Hony Capital) are talking about making ten $40 million films per year. A 3.10 N.Y. Times story says that Simonds has “forged an unusual distribution agreement with four of the biggest movie theater chains in America, including AMC Theaters and the Regal Entertainment Group, guaranteeing that up to 10 slots of the company’s features will play nationwide each year.”

That’s all well and good except for two observations.

One, Simon’s IMDB page shows he’s produced almost nothing but inconsequential, second-rate comedies over the last 15 years (This Means War, Furry Vengeance, The Spy Next Door, The Pink Panther 2, Yours, Mine & Ours, Herbie Fully Loaded, Corky Romano, Head Over Heels, Little Nicky, The Waterboy, The Wedding Singer) so what are the odds his new studio will wind up producing something like Sideways or The Descendants or Groundhog Day or As Good As It Gets?

Two, for whatever reason the Times story features a photo of Simonds posing in 2005 with Lindsay Lohan. If there’s a more effective way of conveying to heavy hitters that you’re not to be taken seriously than posing with Lohan, I’d like to know what that is. I guess it would be worse if Simonds had posed for a photo with Paris Hilton or Russian mafia guys, but not much.

Here’s what Payne said to F.X. Feeney in a recent Fade-In interview: “Some studio people asked me out to lunch a couple of months ago, and they said, ‘Look, if we let you run the studio, what changes would you make?’ I said, ‘Well, thanks for asking. I believe in the $25 to 45 million adult comedy and adult drama. Why does everything now adult have to be absolutely shrink-wrapped and be robbed of the production value it could have? Where is Trading Places today? Where is Groundhog Day today? Intelligent, summer comedies. Where are the intelligent ones?” Then the studio guy said, ‘Well $45 million, I think I might disagree with your price point.’ I said, ‘You might, but where is Out of Africa today? Why don’t we have films like that?'”

March 10, 2014by Jeffrey Wells12 Comments
« Previous post
We Want You — Now Sit On The Shelf For A Year
Next post »
Give Bible-Thumpers What They Want