What I need to make myself feel whole and fulfilled and to take away that awful feeling of stalled emptiness is a Rat Pack coffee-table book that will set me back $650 bills. Edited by Tony Nourmand, written by Shawn Levy and art direction/design by Graham Marsh, this is the ultimate Rat Pack nostalgia cruise for the man-child in your life who has everything but not quite, and who owns a pair of black suede pumps and drinks martinis and owns a DVD of Doug Liman‘s Swingers and all that. 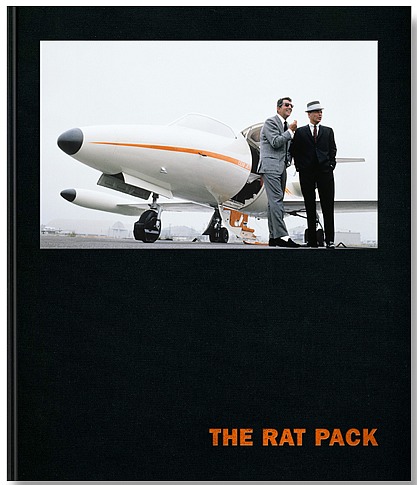 Levy, whose regular gig is critic for the Oregonian, has invited me to a special Soho House party for the Rat Pack book, put on by Real Art Press, on December 7th. I’ll be in Morocco at the time so I guess I’ll never be able to leaf through the damn thing, but really — who shells out $650 for a photograph book? There’s a market for this stuff, obviously. The obnoxiously wealthy, I suppose.

“They had it made. The booze, the broads, the banter. The handmade suits, the swimming pools, the automatic welcome into backrooms of restaurants owned by men of discretion. From Las Vegas to Palm Springs to Miami, they lived in a world of endless sunshine. Nothing surely, could be as much fun as the life of the Rat Pack at the dawn of the 60s. The more they drank onstage, the more they indulged a liking for the obscure in-group nonsense, the louder the audience cheered.

“During one four-week season at the Sands Hotel in Las Vegas, 34,000 people flocked to see Frank Sinatra, Dean Martin, Sammy Davis Jr, Joey Bishop and Peter Lawford exude the glow of an effortless hedonism, behind which flickered the shadows of organized crime and political corruption. — from Richard Williams‘ 10.7.10 Guardian article called “When The Rat Pack Ruled Supreme.”

The guy who has everything but not quite wishes he could have hung and swung with Frank and Dino and Sammy and Peter and Joey in ’58 or ’59 or early ’60, when things were about as perfect as they could have been for those guys. Oh God, I missed the glory time and here I am stuck in 2010 with my iPhone and my iPad and hundreds of channels and nothin’ on and no broads — only women of varying levels of cultivation. 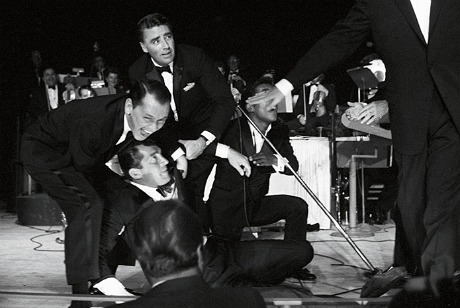 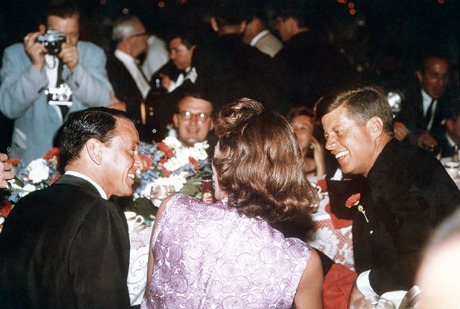 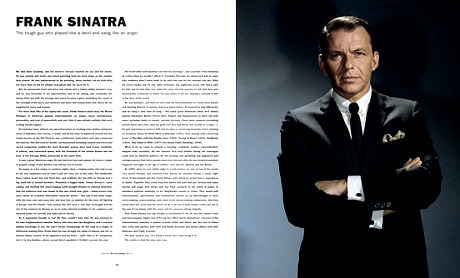 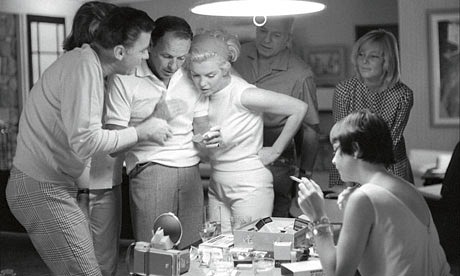 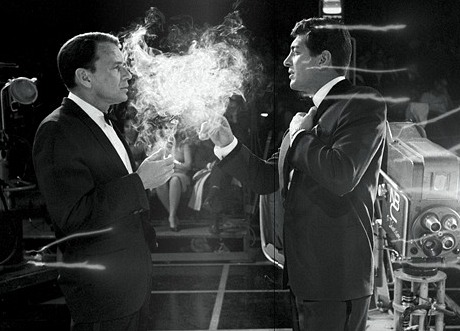