I was walking out of my local Gelson’s last week when I spotted a rather large, bulky-looking car parked next to mine. It looked like some kind of tank, like one of those heavy-bodied Detroit-made cars for old rich guys. Then I realized it was a Rolls Royce, and my first thought was “good God, even Rolls Royces have gone downmarket.” One of the main aesthetic tragedies of the 21st Century is that new money doesn’t get what was cool and classic about old-money styles and designs, and this is but one example. 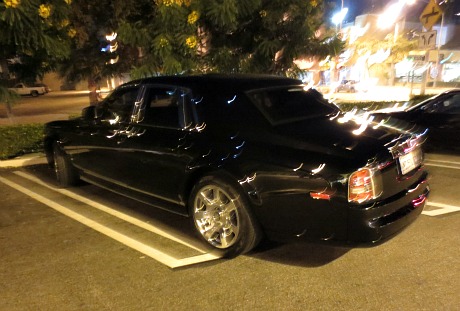 In the old days Rolls Royces had a classic, elegant, upper-crust air. The new Rolls Royces look like they’re made to appeal, no offense, to guys who don’t get the hand-made British Empire aesthetic and who are maybe looking to bulletproof the windshield and the tires.