Hillbilly Elegy director Ron Howard has endorsed a Ben Shapiro tweet that says the film has been trashed primarily for political-cultural reasons. That’s largely true, but I also believe that Amy Adams‘ performance as J.D. Vance‘s drug-addicted, drama-queen mom is a tough element to hang with. It’s been on Netflix for over two weeks now — what’s the general verdict of the HE commentariat? 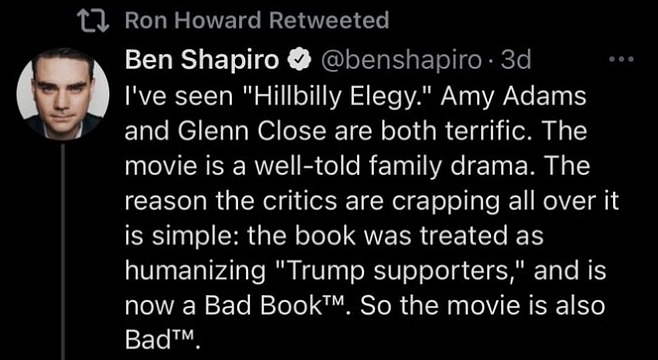 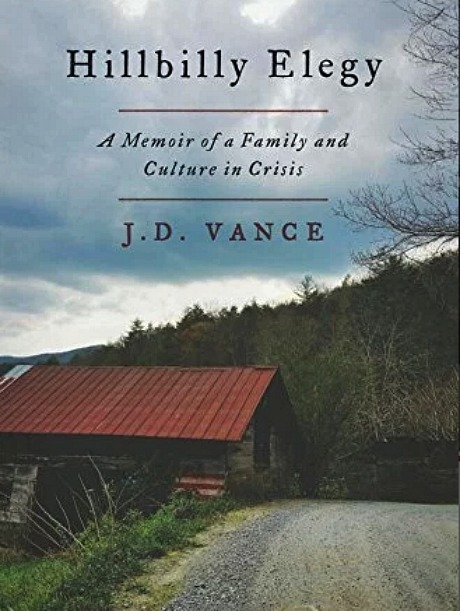