This is one of those six-degrees-of-separation deals based upon on a complete aural misunderstanding, but I feel it needs to be discussed and cleared up in this heated political season. I first saw Warren Beatty, Robert Towne and Hal Ashby‘s Shampoo in ’74, before I was a journalist and had access to press kits and way, way before the arrival of the IMDB. So for many years I was under the impression that Beatty’s hairdresser character, whose name was actually George Roundy (a mixture of “randy” and “roundelay“), was called George Romney. 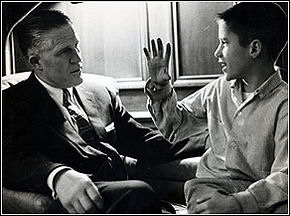 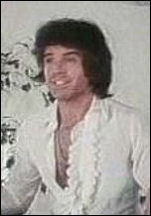 I’ve seen the film six or seven times since, and although I’ve had some slight hearing problems lately his last name has always sounded an awful lot like “Romney” to me. Naturally, I always thought it was curious that Towne and Beatty would choose this name given the existence of the real-life George Romney, the Republican governor Michigan (from ’63 to ’69) who run for president in ’68, and whose son MItt Romney is currently running for the ’08 Republican presidential nomination. But I also thought it might be some kind of intended anti-Republican jab, given Shampoo‘s political tone.
Anyway, the Romney thing was pure disorientation on my end and utterly meaningless. But then I figured, wait…I’ll bet others have had this idea that Beatty’s Shampoo guy is called George Romney. Then I realized that mishearing it wasn’t my fault at all. It was the sound systems they had in theatres in the mid ’70s, which were terrible.