Congrats to The Ankler‘s Richard Rushfield for teaming up with Janice Min in a brand-expanding venture of some kind. The Hollywood Reporter‘s Tatiana Siegel will join the Ankler next month; perhaps others will climb aboard in due time.

The idea, I’m presuming, is to (a) build The Ankler into a multi-voiced mini-trade as well as (b) stand up to the competition posed by Puck and the jottings of their respected film guy, “What I’ve Heard’s” Matthew Belloni (also a Hollywood Reporter alumnus).

I regard Rushfield as a good hombre and a human being. We’ve met, chatted, exchanged. He tried to help me earlier this year when I was thinking about converting the self-built, stand-alone, brick-and-mortar home of Hollywood Elsewhere into a Substack condo unit. In ’18, ’19 and ’20 RR would occasionally end his columns with “Daily Wells” excerpts as “leave ’em laughing” kickers. That felt pretty cool — a tribute to my sardonic prose style or whatever. 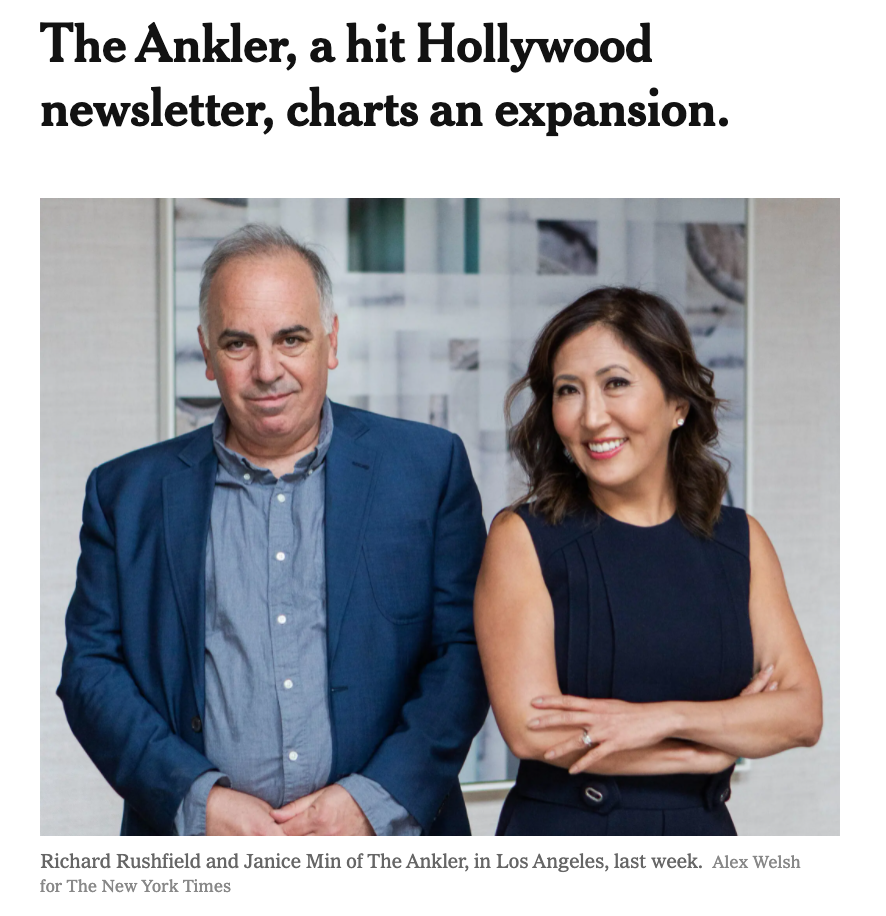 Then RR decided to keep his distance after I briefly posted a friend’s analogy between Nomadland and Chloe Zhao‘s Oscar prospects with the effect of the then-raw and horrific news of the Atlanta massage-parlor shootings; Rushfield didn’t want any sort of taint rubbing off on The Ankler. (Thanks again to those who made this into a “thing”, including the reprehensible Jen Yamato and various other two-faced acquintances, colleagues and former friends whom I won’t name.)

I’ve always thought of Rushfield’s reporting and opinion pieces as catchy, brutally honest and perceptive, and always with a touch of dry humor. Everyone agrees. But he’s rarely touched the woke Robespierre terror thing in any kind of candid way, at least not in my limited perception. He alludes, of course, but, being an astute industry politician, never spits it out. If an alien from the planet Tralfamadore were to rely solely on Rushfield to learn about the state of post-2017 Hollywood left-religion culture and the bend-over-backwards, virtue-signalling, BIPOC-kowtowing that more or less resulted in the catastrophic Steven Soderbergh Oscar telecast last April…let’s just say that others are a tad more willing to go there.

Plus lately Rushfield has been Mr. Doom and Gloom about movie-watching in megaplexes. I’m not challenging his assessments in the slightest (he knows his stuff and always keeps close tabs), but he is a dependable deliverer of despair and despondency these days, certainly as far as the sagging fortunes of exhibition are concerned. Again — he’s not wrong but every time I read one of his riffs in this vein I want to pop a Percocet or maybe snort a little heroin. (I don’t drink.)

From his latest column about West Side Story‘s “bellyflop”: “That’s the thing here in my recent forecasts [about] the end of the film industry, I don’t necessarily mean it will cease to exist entirely. Just that the industry as we know it is doomed.

“The returns are in now and we can try to dance our way around them as much as we want, but this isn’t just exit polls and the citizens of Dixville Notch. We’ve got months of data now, on top of 10 years of numbers before that.

“Hear ye, hear ye: The movie business will be changing into something else. The music industry didn’t die after the digital dawn. But today’s business bears little resemblance to the industry of 2001. The news business still exists, and even thrives in some quarters; but very few of the jobs of 2010 are still around. There’s still bookstores out there and taxicab companies. They didn’t die. Just everything about the way they functioned did.

“Of course, if an industry isn’t willing or able to change the way it functions, dying remains an option.” 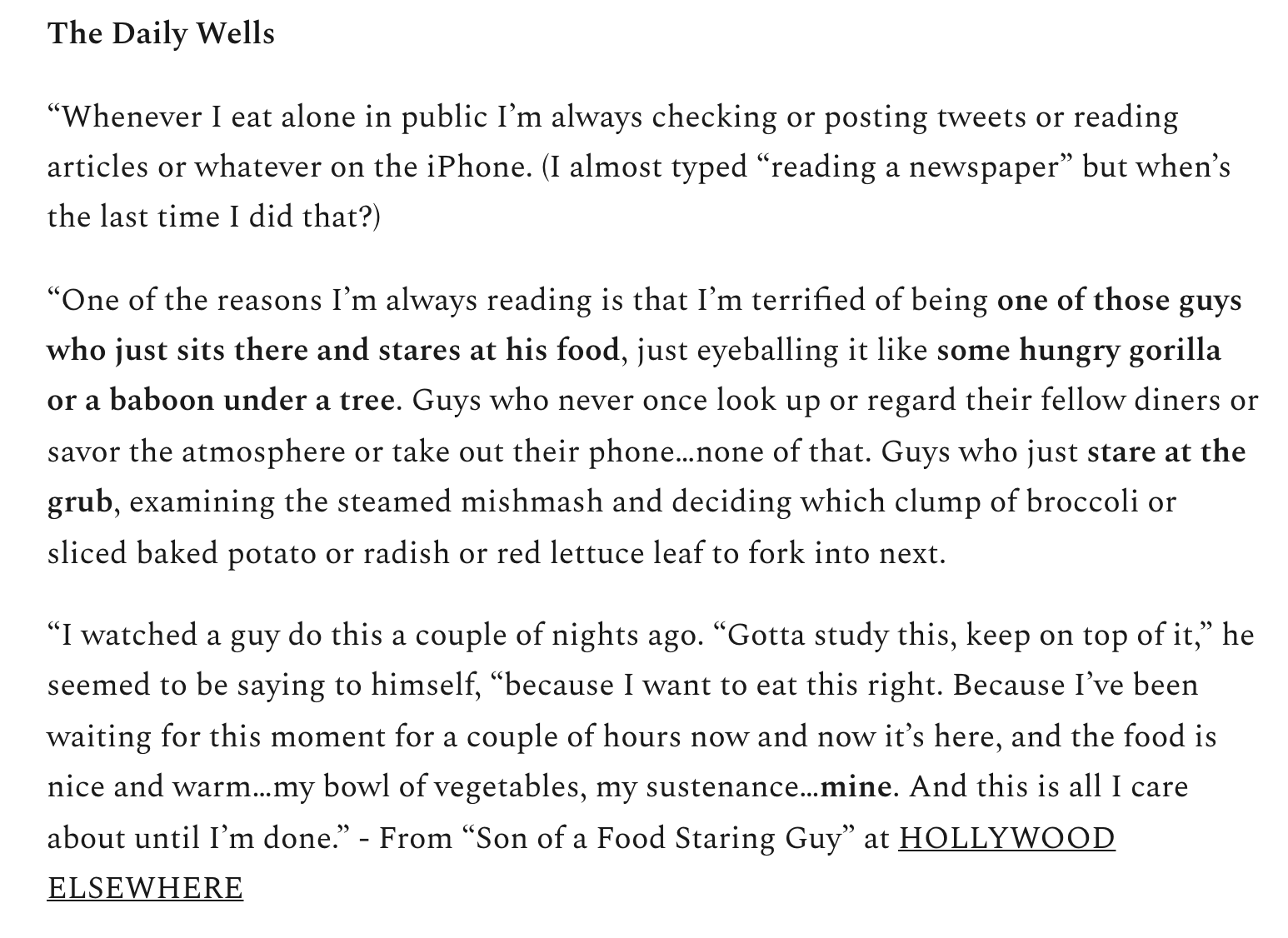 December 14, 2021by Jeffrey Wells45 Comments
« Previous post
If I Can Hate On This…
Next post »
Out Of The Blue