#1: The Florida Project‘s Willem Dafoe is really and truly finished — Rockwell has the Best Supporting Actor Oscar in the bag. 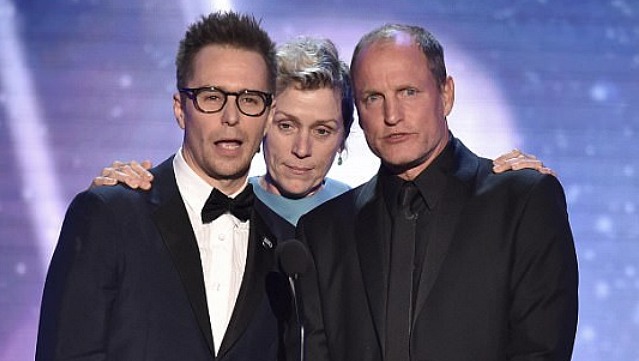 #2: I’ve been thinking that when it comes to the general Academy vote, the votes for The Shape of Water (a.k.a. Aqua Man) and 3BB might split and come up short, allowing Lady Bird to sneak in for the Best Picture win. Now I’m wondering if Greta Gerwig‘s film has any shot at all. Lady Bird didn’t win a damn thing last night.