Terrence Malick‘s Knight of Cups has been filming in Los Angeles since late May. A site that may or may not contain reliable information says that Cups, which costars Christian Bale, Natalie Portman, Cate Blanchett, Teresa Palmer, Freida Pinto and Wes Bentley, is filming today near the corner of 3rd St. and Lorraine Blvd and also the intersection of Lucerne Blvd. and 6th Street. 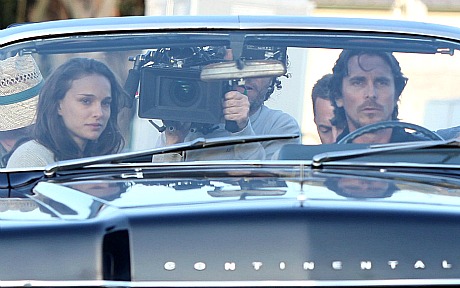 I’m figuring this is it…the moment! My only chance to snap a photo of Malick, a Thomas Pynchon or J.D. Salinger or Glenn Gould-like figure for the last 30-plus years, at least whenever cameras and people like me are snooping around. I’d like to get close to Malick, or at least watch or wave or something. I’m one of the very few journalists in the history of the world to actually speak with the man (it happened on the phone in October 1995) so I’m thinking I at least need to try and nose around a bit.

Knight of Cups is about Bale, portraying some kind of truth-seeking shape-shifter who drives a Lincoln Continental, kicking around Los Angeles and falling in love or out of love or like or lust or whatever with Natalie Portman or whomever.

The Knight of Cups is part of the Tarot card deck.

“If the card is upright,” the Wiki page says, “it represents change and new excitements, particularly of a romantic nature. It can mean invitations, opportunities, and offers. The Knight of Cups is a person who is a bringer of ideas, opportunities and offers. He is constantly bored, and in constant need of stimulation, but also artistic and refined. He represents a person who is amiable, intelligent, and full of high principles, but a dreamer who can be easily persuaded or discouraged.

“If the card is reversed, it represents unreliability and recklessness. It indicates fraud, false promises and trickery. It represents a person who has trouble discerning when and where the truth ends and lies begin.” 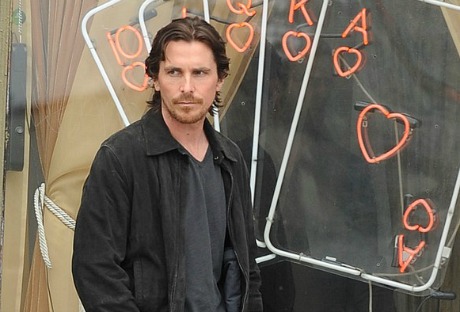 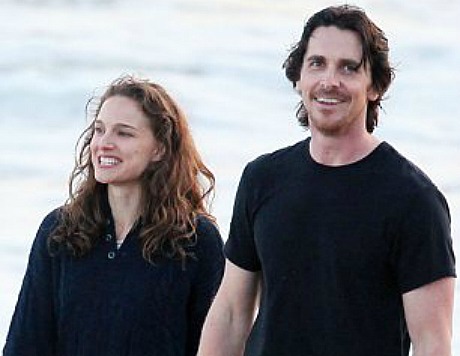