…two days ago (which makes it the fourth time) and the only thing that’s been bothering me is that Leonardo DiCaprio ‘s Frank Wheeler tends to speak in cliches when he’s feeling awkward or emphatic — “don’t make me laugh!,” “you were swell,” “ain’t that somethin’?” and so on. And I don’t like the actorish way he always says “huh?” after every declaration or suggestion. But those are the only beefs. 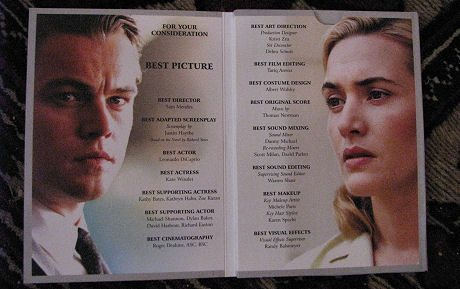 Obviously the critics groups, SAG and the HFPA have greater concerns or there would be more awards love for Revolutionary Road than just that Golden Globe Best Actress nom for Kate Winslet‘s performance. What bothers me is the suspected banality of their reservations, which you can sum up as follows: “Go sell the hopeless emptiness of life someplace else — we’re all stocked up here.”