“The effect that this election has had on me and on so many people is extraordinary,” Dustin Hoffman said late yesterday morning in his office. “[And] you naturally analyze why everyone feels this strongly.” It’s payback and redress for the malignancies of the Bush poisonings, of course, but, as Hoffman said, “There are so many layers, that this day in America, after eight years — we’ve paid our dues for today.” 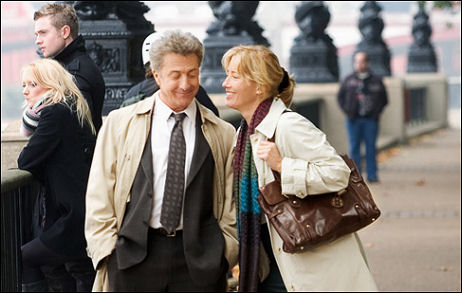 This quote is from a Politico story by Jeffrey Ressner that went up last night, which is fine in itself, but I wanted to also re-boot Hoffman this morning because the Last Chance Harvey interview piece I posted yesterday afternoon was buried by last night’s Obama triumph. So here it is again.