“With No Country, the moral underpinning of the story spoke to me in a big way, yet you could also see it as an exciting chase movie. The underpinning was always there, but I hate movies that speak about their morals. It works better when you have a piece of material where the moral questions are buried — otherwise the film feels too medicinal. I look for a voice. 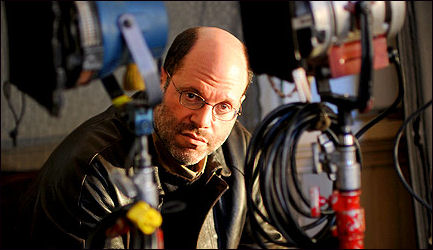 The Coen brothers “have an enormous moral force in their movies, but they also have the kind of bravura razzle-dazzle that worked for this story. A lot of people see their films as naturalistic, but to me, it’s high style. They’re very showman-like filmmakers.” — No Country producer (and There Will be Blood exec producer Scott Rudin to L.A. Times columnist Patrick Goldstein in a 2.19 piece called “For Scott Rudin, There Will Be Quality.”