Earlier this morning I wrote that “Asian women in three massage parlors shot = not necessarily what it sounds like. The Atlanta shootings don’t appear to have been a racial hate killing. Some kind of weird mucky-muck having to do with sexual obsession and the perpetrator wanting to cleanse himself or some such hooey. In short, another lurking loony-tune from the American underbelly.

A friend commented that “the reality doesn’t matter — woke media is playing it as a racial hate killing, so that’s what it ‘is.’” 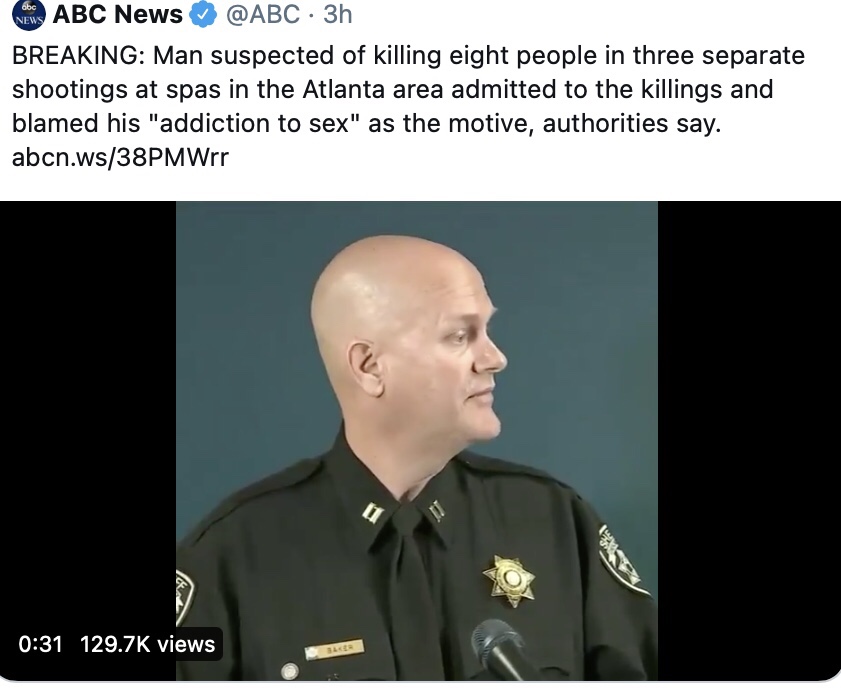 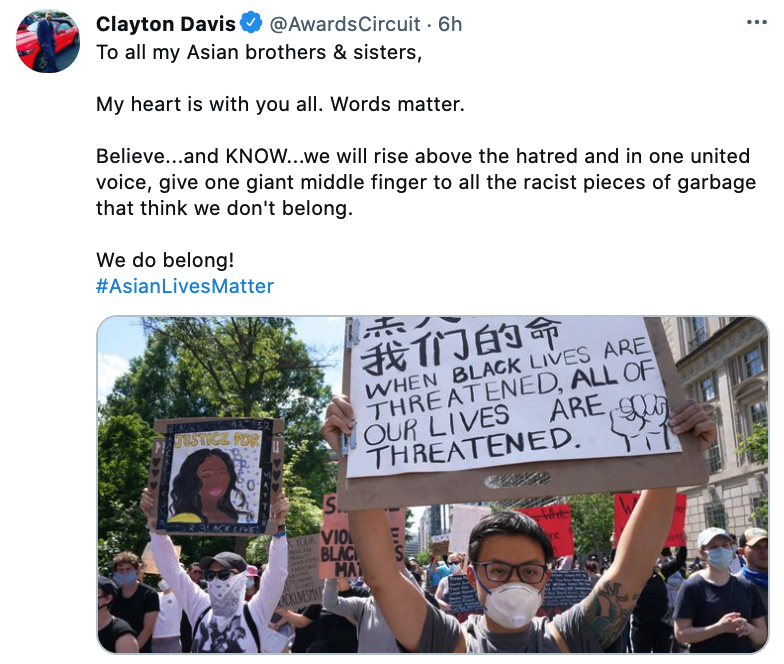