I’m attending this evening’s black-tie premiere of the second half of the final Mad Men season, which will debut on Sunday, April 5th. The first-anywhere showing of “Severance,” the first of the last seven episodes, will screen at the Dorothy Chandler Pavilion with an outdoor “Black and Red Ball” to follow. The invitation says that “guests are encouraged to dress in garb inspired by the period show”…meaning what? One way or another I’m going to hunt down Matthew Weiner and Jon Hamm during the after-party and ask them to defend their no-sideburns policy for Don Draper, which I’ve been complaining about for a while now. 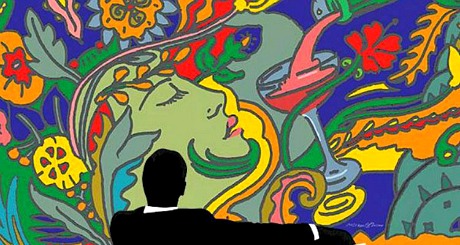 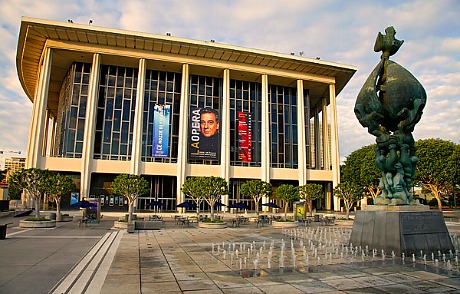 From “Only Creative-Minded Guy In Late ’60s America To Not Wear Sideburns,” posted last month: “The finale of Madmen will be upon us before you know it, and once again Don Draper‘s refusal to grow even modestly-proportioned sideburns is driving me up the wall. I said this last year and I’m saying it again — nobody who worked in any kind of creative circle in the late ’60s wore their hair exactly as they did in the early days of the Kennedy administration. Nobody. Not even seriously constipated, butt-plug guys like Draper avoided sideburns. Even the worst of us keep up appearances, and appearances in the late ’60s demanded a slightly fuller, hairier look…period.

“The no-sideburns thing has now become a huge Matthew Weiner affectation or hang-up or whatever. It’s out of time and almost surreal.”