The great Sidney Lumet — a gifted and tenacious explorer of urban crime-and-punishment realms, and easily the most New York City-steeped director of the 20th and early 21st Century — died this morning in Manhattan at age 86. This is a tough one for me. All my adult life I’ve felt a special kinship with Lumet, who not only understood good gritty drama but especially (given my New Jersey, Connecticut and Manhattan background) what it is to grapple with and bathe in New York City moods, currents, aromas and atmospheres. 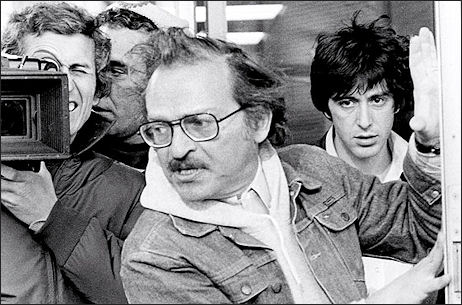 Armond White used to trash Lumet, but what a boxer he was! A fast shooter who portrayed the moralistic urban landscape like few others, and what a great finale to a long and storied career that two of Lumet’s best films — Find Me Guilty and Before the Devil Knows You’re Dead — were his last two, released in ’06 and ’07 when he was 82 and 83.

What can you say about a guy who directed 12 Angry Men (’57), The Fugitive Kind (’59), A View From The Bridge (’61), Long Day’s Journey Into Night (’62), The Pawnbroker (’63), Fail-Safe (’64 — eclipsed by Dr. Strangelove but certainly an above-average nuclear-war thriller), Last of the Mobile Hot-Shots (’70 — noteworthy for including the first unmistakable off-screen blowjob in motion picture history, and an inter-racial one at that), Serpico (’73 — a legendary Al Pacino performance in Lumet’s first seriously-steeped-in-New York’s-law-and-order-culture film), Dog Day Afternoon (’75), Network (’76), Just Tell me What You Want (’80 — a personal guilty pleasure), Prince of the City (’81), The Verdict (’82), The Morning After (’86), Q & A (’90 — a memorable scuzzy-grizzled Nick Nolte performance), Find Me Guilty and Before The Devil Knows You’re Dead. 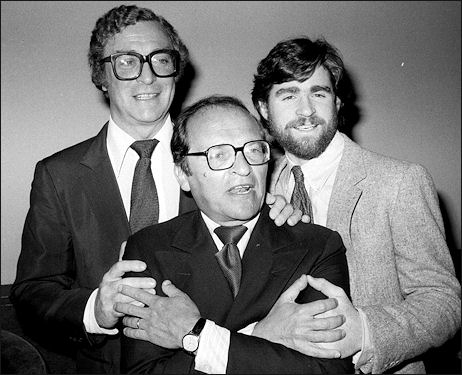 The late ’50s and early ’60s were Lumet’s break-out years, and then he really roared into his prime in the ’70s and early ’80s — five classics in an eight-year period. He held on with distinction in the late ’80s and early ’90s, kind of went into a slumber mode for a decade or so and then flared back into action with his final two films.

To me Lumet’s masterpiece is Prince of the City (’81) — a nearly three-hour-long drama about the morality of finking out your friends in order to find your morality, and entirely about New York cops and mob guys and district attorneys and junkies, most of it set in the offices of this or that prosecutor with guys dressed in suits and shirtsleeves with cold takeout food and tepid coffee on the desk. For 30 years I’ve worshipped and fed off memories of Jerry Orbach ‘s performance as Gus Levy in that film.

Here’s a Lumet interview I did in Toronto four years ago, primarily discussing Devil but also Guilty. 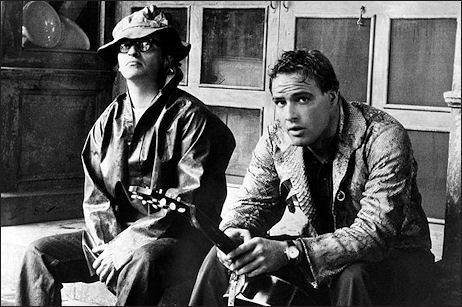 Lumet, Marlon Brando on the set of The Fugitive Kind (’60).