Silence Not Playing Cannes? And Yet Spielberg’s The BFG Will? My Spirits Are Sinking, Downswirling. 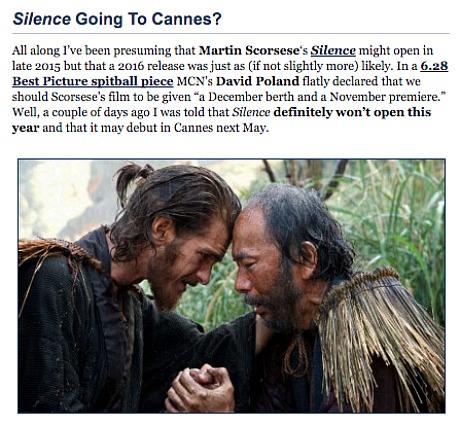 Jeff Nichols’ Loving, a period drama about a controversial mixed-race marriage, and Jim Jarmusch’s Paterson, an apparently low-key thing in which Adam Driver plays a bus driver, are expected to be on the slate.

Woody Allen‘s Cafe Society and Sean Penn‘s The Last Face will likely be given slots.

Read the article and weep. My spirit is lying in a defeated heap.