What are the odds that a Texas skating-rink movie set in the ’80s called Skateland (Freestyle, 5.13) would open within three weeks of a somewhat well-regarded dystopian horror flm called Stake Land (IFC Films/Midnight, 4.22)? I’ve known about them both for weeks and have been marvelling at the idiocy of the timing. You can’t make this stuff up. 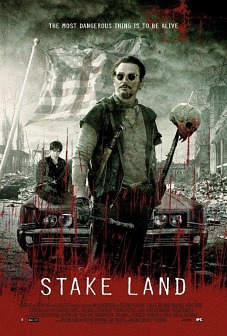 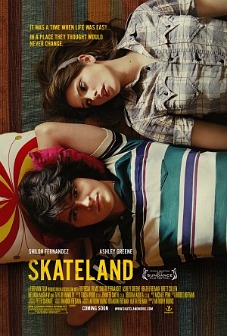 Producers of both films presumably eyeballed each other and figured it wouldn’t matter if they opened this close to each other…amazing. They actually decided that moviegoers wouldn’t feel the least bit confused or uncertain? Any idiot, you’d think, would calculate that one of these films should delay or move up their release date so they’d be six or nine months removed from the other.

Anthony Burns‘ Skateland wlll probably suffer a bit due to following Jim Mickle‘s Stake Land by three weeks, but maybe not. They’re obviously appealing to different demographics. Skateland is apparently the more nostalgic, wholesome and emotionally winning of the two, etc. But it still seems weird.

And what about those two African lion docs — Dereck Joubert‘s The Last Lions (National Geographic, 2.18) and African Cats (Disney, 4.22) — opening two months apart? How many African lion docs have opened theatrically over the last half-century? And suddenly two open within eight weeks of each other?