Six Characters In Search Of The Next Thing 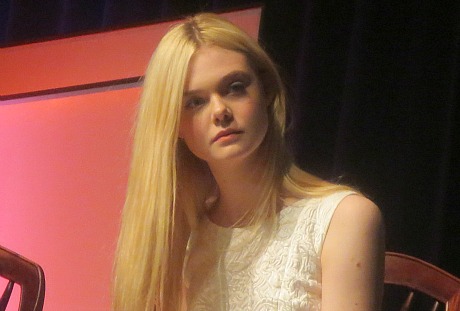 Fanning felt like a surprise to me because she conversed with emcee Dave Karger in a bubbly, giggly, teenage-girlish way. And all this time I’ve been under the impression that she’s old for her age. I know that when the role demands it, Fanning projects soul and depth and maturity. Acting! But she sure was a teenager last night.

Dowd was by far the wittiest guest. If I’m not mistaken I think I spotted Magnolia Pictures’ Eammon Bowles in the audience, offering a little moral support in the wake of that episode in which Dowd decided to pay for her own Compliance-screener mailings when Magnolia said that it made no financial sense because Compliance was a bust for them. Dowd was hanging at the after-party with friend and ally Scott Feinberg. She’s a classy lady, a mensch.

The best moment happened when Karger was speaking to Wallis about something or other, and she made a kind of squeaky sound. Karger asked what what kind of animal she’d just imitated, and Wallis said it was “a donkey…didn’t you get that?” (Publicist Carol Marshall says it was a dolphin noise.) Karger asked her to do it again and Wallis looked at him, shook her head slightly, sighed and said, “It’s not worth it.” Gales of laughter from the audience. This kid is a star!

The eternally weird Miller, 20, leaned forward in the interview seat, hunched forward like a cat about to chase a mouse. I half-expected him to leave the stage on all fours. Miller has Haight-Ashbury hippie hair now, and was wearing a pair of almost shapeless brown serf shoes. And he smiled a lot.

Redmayne may have gotten the biggest applause. (There were a lot of young girls in the audience.) And the French-born Sy (who’s just signed to costar with Bradley Cooper in a Derek Cianfrance film called Chef) managed to be charming and funny despite a limited command of English. 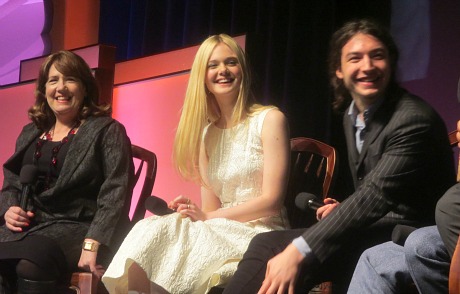 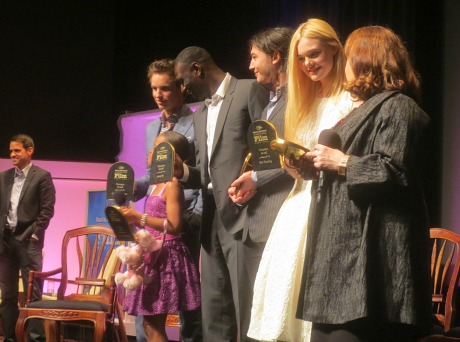 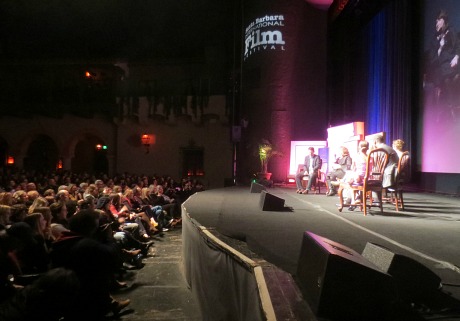 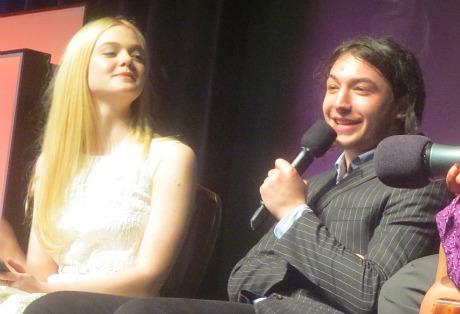