The first six minutes of David O. Russell‘s American Hustle (Sony, 12.13) were shown at the very end of last night’s AFI Fest tribute to Russell at the Egyptian, and of course it wasn’t enough to go on. Not a flicker of a hint of what the film might actually be. What do you expect from an hors d’oeuvre? But it was fine. I chuckled, I laughed, I was fascinated. And Russell talked a lot about his career and his process, and before the Egyptian event we (i.e, the invitees) were all hanging at a pleasant open-air party at the Hollywood Roosevelt that overlooked a big blue pool. Jennifer Lawrence (in a pixie haircut), Jane Fonda and Diane Lane attended along with Russell and a few of his Hustle collaborators. (TheWrap‘s Steve Pond reported that Bradley Cooper was lurking around.) 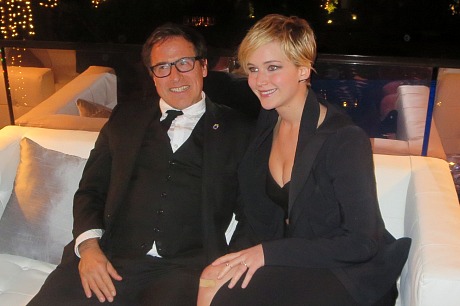 But the presentation at the Egyptian was pretty close to a technical disaster for the most part. I was amazed that the American Cinematheque staff would assign an all-but-incompetent projectionist or booth person to handle such an event. The Russell q & a started about 55 minutes late (roughly 9:55 pm) due to sound problems, and when the Hustle footage was finally shown the sound still wasn’t working. (The footage had to be stopped and shown over again.) Plus Russell’s microphone was slightly whining and feedbacking.

So how did those six minutes play? I felt amused and intrigued but at the same time (and please don’t take this wrong way) very slightly concerned. What I saw was all show and surface, stylistic exposition minus any personal or emotional undercurrent. The grotesque ’70s sartorial choices (Christian Bale‘s comical combover, Amy Adams‘ bra-less decolletage, Bradley Cooper‘s beard and tight curls, Jeremy Renner‘s Elvis pompadour) were chuckle-worthy but also distancing. It felt like a Saturday Night Live skit about a demimonde of ’70s types who didn’t get it. I didn’t want to focus on how these people looked or dressed — I wanted at least a slight indication about who they might be.

But the opening drops us right into a hotel-room sting of some kind (i.e., Cooper’s Richie DiMaso, a lawman, trying to get Renner’s Carmine Polito, a big-city mayor, to accept a briefcase full of cash) and so it’s all needles and edge and hostility. But then the segment started to review Bale’s childhood background in a kind of Scorsese-like Goodfellas way, which drew me in immediately, and then it ended. The audience let go with a big “awwwww!” Give us more! C’mon….we’re getting into this!

The first shot of the film — a cold open showing Bale’s pot-bellied Irving Rosenfeld character standing in front of a mirror as he fiddles with a hair piece and arranges a combover coif with hair spray — suggested to me that Russell doesn’t feel the affection for his Hustle characters that he showed for his Silver Linings Playbook and Fighter ensembles. What I got from it was Russell telling me “this guy is a low-rent, pot-bellied schmuck…look at that bloated stomach!” I felt compassion for Bale’s character because of this. I wanted to protect him from the derision. Okay, so he’s mostly bald and is resorting to desperate measures to cover that up, but the guy still has feelings. He’s trying. He might be scared and none too bright and even a joke if you want to call him that, but he’s entitled to some dignity. 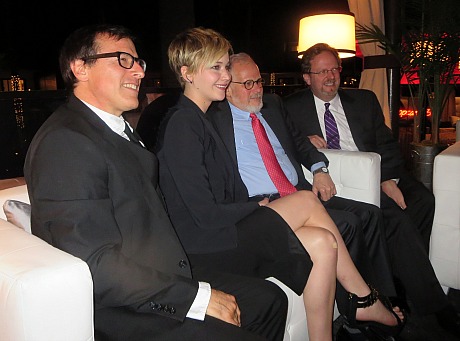 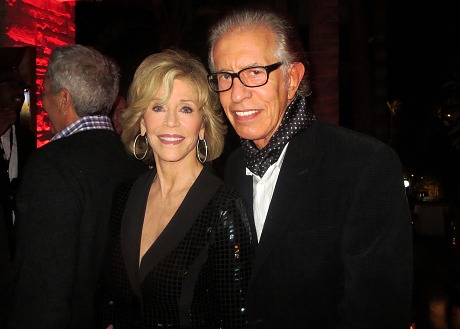 Jane Fonda, Richard Perry at the pre-party at the Hollywood Roosevelt. 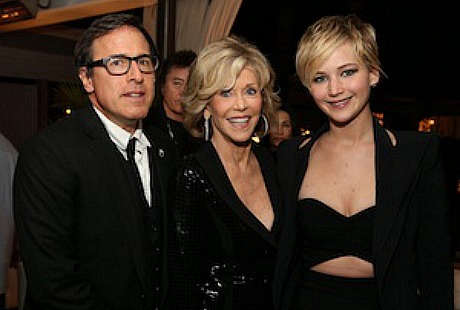 Yeah, that’s me standing behind Russell, Fonda and Lawrence.

It would be very unlike Russell to not afford Bale and the other characters a measure of dignity and compassion, so again this is what happens when you only show six minutes, and the opening six minutes at that. If you ask me Russell should have shown 10 or 12 or even 15 minutes of footage. The opening plus two or three other scenes that would rounded things out and convey a fuller sense of what the film delivers or at least what it has on its mind.

For now I’m sensing that whatever the sum of Hustle may or may not be, whatever it may say about human nature and our common experience, it is not going to provide comfort-blanket assurances. That probably-all-but-meaningless opener suggested more of a tone of criticizing and snickering and judging people than letting us into their lives a bit and learning what it’s like to walk in their shoes. But at least it’s a film that will get me going. I could tell that right away. My blood is up now that I’m writing about it. This is the glory of award season, whether or not American Hustle comes across as Best Picture material or not.

Thank God for the pulse-quickening effect of award season — my life would be barren without it. And may God and the Devil sign an agreement that all of the CG comic-book superhero jizz-whizzers with their unstoppable lust for shots of guys jumping off 50-story-tall buildings will go straight to hell when they die and spend eternity roasting on a spit.

What is a Best Picture contender? It’s either (a) something bold and blistering and jolting that says “like it or not, this is the truth about our nature and social tendencies” or (b) something warm and heartening and fuzzy-wuzzy that says “you and I are basically okay and everything will be fine as long as love and trust and compassion are alive and throbbing within us.”

Russell told a great story about attending a fund-raiser in 1999 for George Bush the Younger at the home of Terry Semel, then a big Warner Bros. honcho. Russell asked the guy who took him to the party, “Is Terry a Repubican?” The guy replied, “Terry’s an opportunist.” Anyway, Russell got a minute or two of face-time with Bush, and he told the candidate that “I’m editing a film” — Three Kings — “that will question your father’s legacy in Iraq.” And Bush immediately said, ‘Well, I guess I’ll have to go back there and finish the job.’” 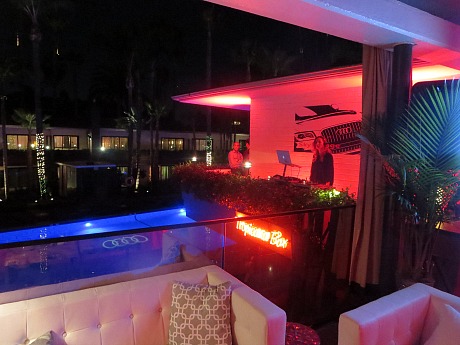 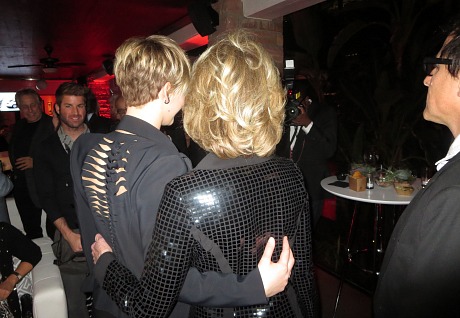 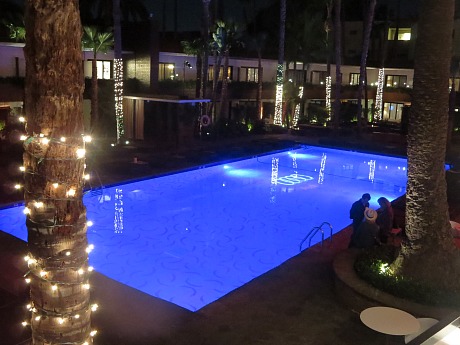