The 2007 Slamdance Film Festival has caved in to pressure from certain unnamed moral guardians and agreed to pull the controversial video game Super Columbine Massacre RPG from the finalist pool for its Guerilla Gamemaker Competition. Newsweek‘s Technology and Video Game Editor N’Gai Croal explains what happened. 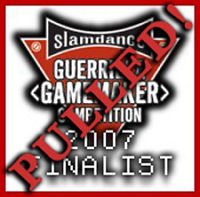 “The Last Temptation of Christ, Do the Right Thing, Kids, Irreversible. These are some of the most controversial and polarizing films of the last two decades,” he begins. “All of them played at prestigious film festivals like Cannes, Venice or Sundance before their subsequent theatrical releases. Film festival organizers are generally free speech absolutists; the Cannes Film Festival, for example, was created in response to the meddling of the fascist governments in Italy and Germany in the selection of films for the 1938 Venice Film Festival.
“So it came as something of a shock last night to read an exclusive Kotaku report that the Slamdance Film Festival had pulled Super Columbine Massacre RPG.”
“In a last minute phone call Thursday evening,” the Kotaku report states, “Slamdance president and co-founder Peter Baxter told game developer Danny Ledonne that he regards his decision to remove the game from the festival as ‘deeply flawed,’ but necessary to the festival’s survival. 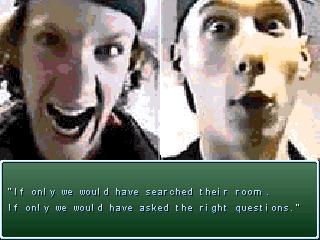 “Baxter went on to say, according to Ledonne, that the festival’s initial decision to select the game was ‘consistent with Slamdance’s philosophy but somewhat naive,’ and apologized profusely for pulling the entry.
“Ledonne said that he bears no ill will toward the festival, but that the decision to pull the game does raise concerns about freedom of speech and video game development.”