Hotshot criminal defense attorney F. Lee Bailey was one of the original high-profilers. Always or at least often with the headlines — Dr. Sam Shepard, Albert DeSalvo, Patty Hearst, Cpt. Ernest Medina, O.J. Simpson. I couldn’t think of much to say except boilerplate stuff when Bailey passed two days ago at age 87, but Marshall Fine knew him and wanted to make a doc about his career.

Wiki excerpt: “For most of his career Bailey was licensed in Florida and in Massachusetts, where he was disbarred in 2001 and 2003 respectively, for misconduct while defending marijuana dealer Claude Louis DuBoc. Following his disbarment, he moved to Maine, where he ran a consulting firm. He later sat for the bar exam in the state of Maine, though in 2013 he was denied a law license by the Maine Board of Bar Examiners, a decision upheld by the Maine Supreme Judicial Court in 2014.” 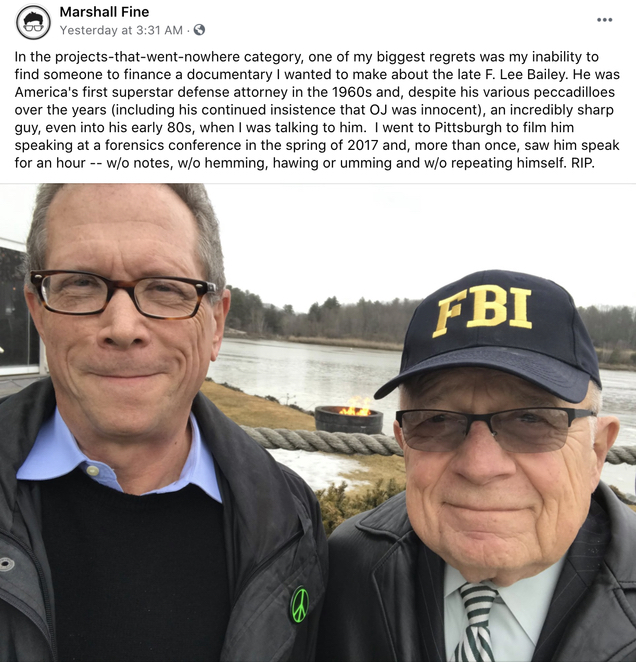