We all have a sense of what’s right and fair when we open a menu. Last night I went to Malibu’s Paradise Cove eatery, which is okay but nothing special and almost kind of a trailer-parky place. And it struck me that the prices for their blue-collar plates were all about four or five or six bills higher than they should be in a fair and just world. A hamburger and tasteless, room-temperature fries for $16 dollars? Why don’t they man up and charge $20 or $25? 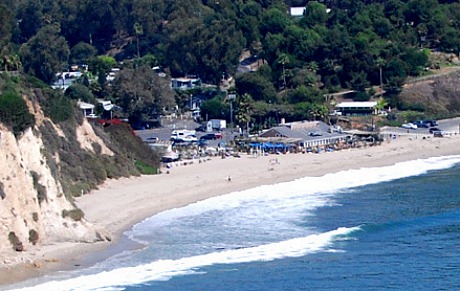 And yet this is one of the very few restaurants in Malibu or Los Angeles, even, that have a feeling of serious history on the walls. Right near the bathrooms are autographed stills of 1930s, ’40s and ’50s movie stars (Clark Gable, Jack Benny, Rosalind Russell, Bert Lahr) with compliments about the food at Jack’s at the Beach, the old Pacific Ocean Park restaurant that may or may not have some vague connection with the Paradise Cove cafe. And after you’ve eaten you can take a long walk on the beach heading north alongside the bluffs, and if it’s warm and not too windy and you’ve brought a blanket and towels you can skinny dip in the moonlight. 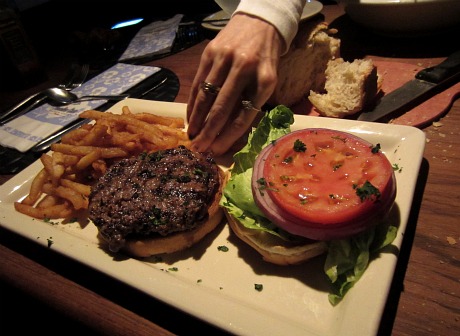 A burger plate like this in an Average Joe restaurant should run around $12 bucks, give or take. 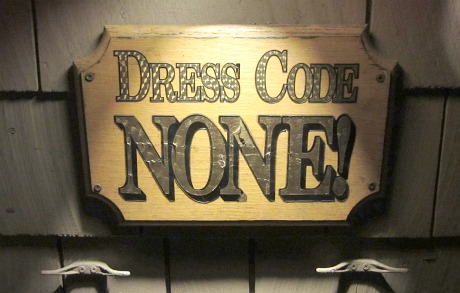 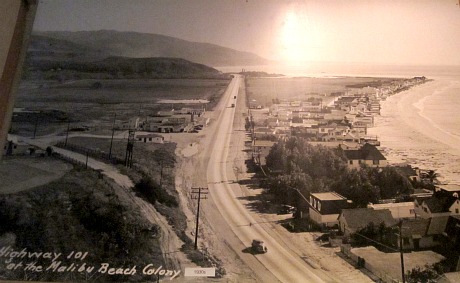 Isolated and mostly undeveloped Malibu Colony in the late 1920s or early ’30s.