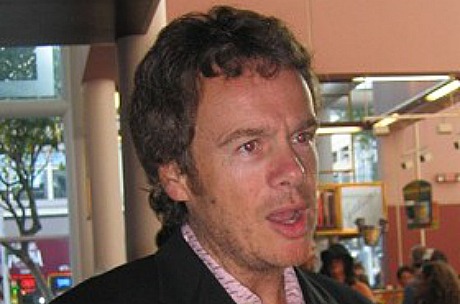 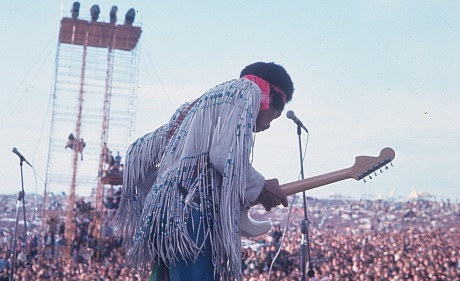 Right after that we got into a mild debate about what I feel is the film’s lack of candor about Hendrix’s obvious use of psychedelic drugs and how that experience fed into his music. Hear My Train A’Comin’ briefly notes that Hendrix dropped acid in ’66, but it otherwise seems to almost go out of its way to not acknowledge any of his mystical psychedelic adventures, which are revealed plain as day by the lyrics in the songs created for Are You Experienced? and Axis Bold As Love.

Smeaton didn’t dispute this but said he decided to use only direct, first-hand information and not pass along any loose, second-hand talk. I respect that methodology, of course, but the final impression to someone from the future who doesn’t know anything about the counter-culture of the ’60s could be that Hendrix was just a clever, talented dilletante — that he simply came along at the right time and flitted around and picked up on the psychedelic rock stylings of the mid ’60s and blended it with his expertise at blues and soul (which he did, of course) as a way to make it big. Which isn’t the truth. Jimi Hendrix was as much of an explorer as Lewis and Clark. When he sang “not necessarily stoned but beautiful,” he knew whereof he spoke.

You know what I think? I think Smeaton felt obliged to follow the lead of Experience Hendrix LLC, the family-run business that cooperated with the making of this doc and which holds the pursestrings, and that he divined that Hendrix’s adopted sister Janie Hendrix Wright, who runs the company with her husband (but who was adopted by Jimi’s father in 1968 and reportedly only met Jimi twice before his death in 1970), believes that associating the late musician’s name with illicit ’60s drug use might diminish the value of the music library (at least among the conservative-minded). Smeaton says he was “employed by the Hendrix estate” and “I know what [the PBS series] American Experience wants and what the Hendrix family wants.” Again, the mp3. 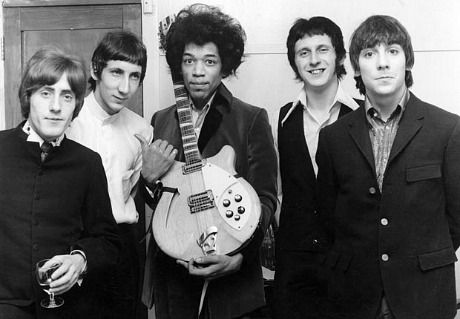 Postscript #1: In a 2007 Forbes article about a lawsuit millionaire attorney Craig Dieffenbach accused Janie of “trying to recast [Jimi Hendrix] as this devout, Christian figure, which he wasn’t — she’s trying to recreate history.”

Postscript #2: In a 9.25.13 interview with the Guardian‘s Kunal Dutta, Jimi Hendrix’s younger brother Leon discusses the failure of his lawsuit against Janie to gain a portion of the Hendrix family income. Asked if he forgives her, Leon answers that “she’s out of my mind. I feel sorry for her. She only met Jimi when she was six years old — her father was German, her mother was Japanese. She had no identity, the poor kid. But when my dad adopted her and she became a Hendrix, she followed her mum into insanity.”

There’s another Hendrix doc that I intend to watch called Jimi Hendrix — The Guitar Hero.

Here’s a rundown of all the talking heads on Smeaton’s doc.