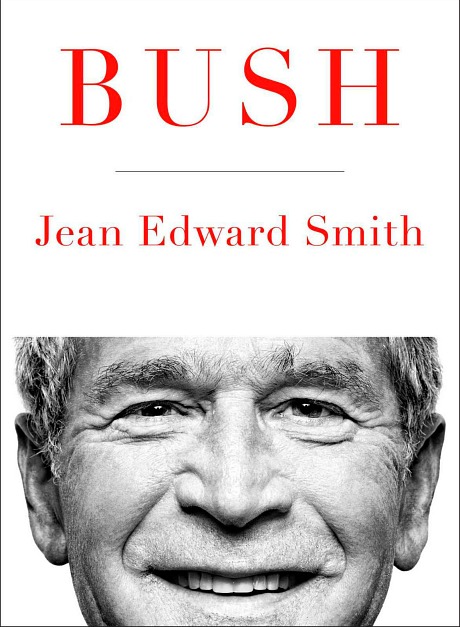 Baker: “In this telling, Mr. Bush’s religious piety took on messianic fervor leading him to turn democracy promotion into a mission from God. He didn’t listen to the generals and diplomats. He badly bungled the response to Hurricane Katrina. He presided over the diminution of American values by authorizing torture and bugging.

Smith: “Believing he was the agent of God’s will, and acting with divine guidance, George W. Bush would lead the nation into two disastrous wars of aggression. Bush’s personalization of the war on terror combined with his macho assertiveness as the nation’s commander in chief were a recipe for disaster.”

Smith: The Patriot Act “may be the most ill-conceived piece of domestic legislation since the Alien and Sedition Acts of 1798.” In labeling Iran, Iraq and North Korea an “axis of evil,” Mr. Bush “had spoken without weighing the consequences.” Mr. Bush’s refusal to face up to the fact that Iraq had no unconventional weapons “suggests a willfulness that borders on psychosis.”

July 4, 2016by Jeffrey Wells43 Comments
« Previous post
My Hands On Their Collective Throat
Next post »
A Proper, 4K-Scanned Domestic Bluray of El Cid Is Way Overdue