Yesterday News in English in Norway reported that Tomas Alfredson‘s The Snowman (Universal, 10.20) has gotten creamed by Norweigan film reviewers. They were generally “deeply disappointed,” the piece says, “with several panning it and giving the film a score of just two on a scale of one to six.”

The Snowman will screen for Los Angeles critics on Wednesday, 10.18, or a day before it opens. What does that tell you?

Straight from the shoulder: “The local film critics, well-acquainted with Nesbo’s books about the unorthodox Norwegian detective Harry Hole, had been waiting almost breathlessly for the film’s release themselves. It’s not often that a film shot entirely on location in Norway and inspired by a Norwegian is about to be distributed internationally, and expectations were skyhigh. When they finally got to see it, just prior to its festive premiere in Oslo on Tuesday, many were all but stunned. 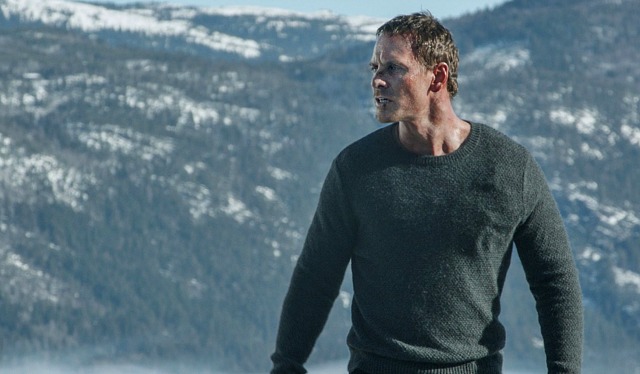 “’What in the world has happened here?’ read the headline on the review published by newspaper VG, Norway’s largest tabloid distributed nationwide. It went on to complain that the ‘thriller’ was anything but, that it lacked the ‘page-turning’ characteristics of the book and contained so many “dramatic” changes in the plot of Nesbo’s Snowman that fans of Harry Hole (pronounced Hoo-leh in Nowegian) are likely to sound off in online commentaries.

“Norwegian Broadcasting (NRK)’s reviewer was just as unimpressed. Marte Hedenstad, part of the so-called ‘film police’ at NRK, was most disappointed that the depth and personality of the Harry Hole character ‘disappeared’ during the transition from book to screen. She claimed that also removed the intensity that made The Snowman an international best-seller.

“What’s left is a standard and quite boring crime story, that never got me to feel my heart in my throat,’ Hedenstad wrote. She conceded on national radio in Norway Tuesday morning that film versions of books often disappoint fans of the books who think they’re much better, but in this case, she and other reviewers believe director Tomas Alfredson made some major mistakes.

“’This is not my Harry Hole,’ she wrote, making it clear that in her opinion, the film does not do justice to the hero of Nesbo’s books who’s brilliant but struggles with alcohol abuse and self-destructive behavior.”

All well and good, but I’m more amused by a Reddit discussion of The Snowman‘s Norweigan failure, or more particularly a mention of the “snowcop” sub-genre. That would be The Snowman and Wind River (which I just saw for the first time last weekend) plus Chris Nolan‘s Insomnia and Renny Harlin‘s Die Hard 2 and what else? There must be more. There’s snow in David Fincher‘s The Girl With The Dragon Tattoo…does that count?