Somewhere between 40 and 50 years ago Andy Warhol said (or took credit for) a legendary perception — “In the future everyone will be famous for 15 minutes.”

Nowadays everyone has the potential to become famous for somewhere between 30 and 60 seconds, on a rotating, love-is-here-and-now-you’re-gone, surfing-the-cycles social media basis.

Most many of us would like to be permanently well known, I’m guessing, but you have to do something exceptional or at least noteworthy to get into that club. It’s entirely realistic, though, to become famous on a moving-train, fast-fart basis.

What Warhol originally meant, I think, was that the fame sphere was shrinking as the media-distraction machine was spinning faster and faster, and that the process of becoming “famous” was becoming more and more egalitarian.

Today the Warhol vision has reached its apogee. There is no one out there with a smart phone who can’t be at least briefly celebrated or momentarily trending or whatever — perhaps once or twice in a single day, or over a two- or three-day period, or perhaps repeatedly…anyone can strike it rich. But you have to sell it.

Is there anyone on social media (TikTok, Instagram, Twitter, Facebook) who isn’t trying to present themselves as a major celebrity of some kind? Not movie-star-famous or even famous in their profession, perhaps, but certainly exceptional and living a fairly proud and wonderful life…domestic joy, endless intrigue, happy pets and occasional creative triumphs.

There is almost no one with a social media profile who is living a quiet, moderate, for the most part unexceptional, no-big-deal, steady-as-she-goes life — everyone out there is a hero, a star, beloved by family, a super achiever, a gleaming presence.

Am I the only branded person on social media whose basic message is “okay, I lead an interesting life in some respects, granted, but in other ways what I try to do each day is hard and often a struggle, sometimes (it seems) even in a Sisyphusian sense.

“Am I a celebrity in my mind? Do I radiate luminosity, glory and glamour? No and fuck no. Because I believe in modesty and noses to the grindstone and submitting to the task. HE is not about the wonderfulness of me but about what I, the adventure-seeking craftsman, try to bring to the column (consisting or five or six or more stories) each and every day.” 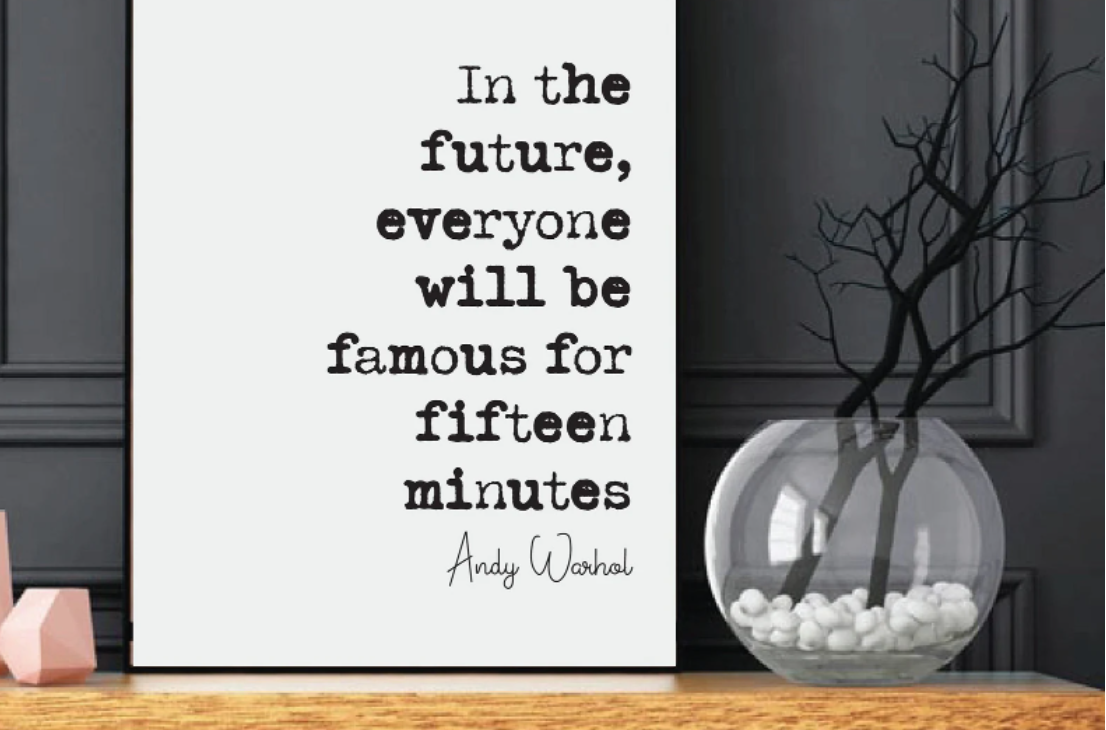