Friendo #1: “The fact that the Emmys went with woke stuff front and center — and the Tonys were even worse — is a bad harbinger for what the ’22 Oscars will be. Although this year’s movies are looking slightly more mainstream so that might help a little.”

Friendo #2: “The [SJW woke ethos] is death for these shows, not because people are put off by women or POC winning, but because if women or POC win for movies that exist primarily as woke signifiers (and therefore nobody but Academy voters and 1,200 media people cares about those films), the viewership will continue to plunge. They actually need to award films that a great many people see and like.”

HE: “Like No Time To Die? Seriously, like King Richard, I’m thinking. And perhaps, God help us all, Belfast.” 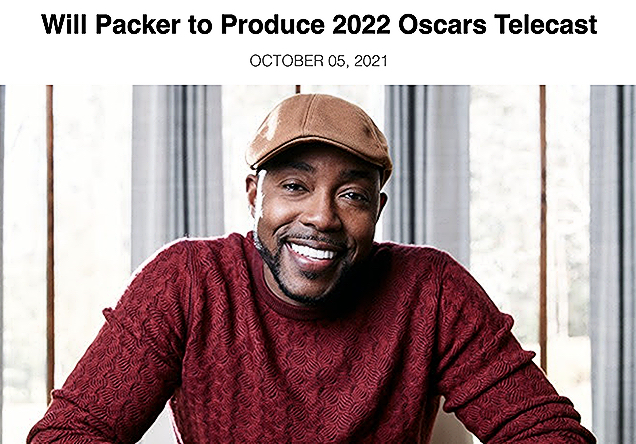 Friendo #1: “I think The Last Duel might be one. Probably West Side Story. Dune maybe. Probably not No Time to Die — I don’t think a Bond film can get there.”

Friendo #1: “The woke thing right now is suffocating everything. EVERYTHING.”

Friendo #2: “Once the grosses are in on Dune, it might not make it. I don’t think The Last Duel will make it either. West Side Story is probably a sure bet. I’d say it’s looking a damn sight better than last year.”

Friendo #1: “Fingers crossed. I do hope they don’t make it woke though. The virtue signaling is a bit much.”

Friendo #2: “I think that hit bottom last year [with the Soderbergh Union Station Oscars]. And everyone knows it even if they can’t say it. These people are fucked in the head (wokeism = a kind of dementia), but they’re survivors. They don’t want to see the Oscars swirl down the drain like Marion Crane‘s blood in Psycho.”