Son of “Don’t Biggy-Boal Me”

In my view the most significant aspect of Dexter Filkins‘ 11.17 New Yorker piece about Zero Dark Thirty director Kathryn Bigelow (“Bin Laden: The Movie“) is the illustration by Tom Bachtell. Because it partially revives an allusional slander tweeted last week by Bret Easton Ellis . Bachtell clearly thinks the attractiveness aspect applies. Remove Ellis from the equation and there’s nothing in and of itself “wrong” with being a fetching Oscar contender. 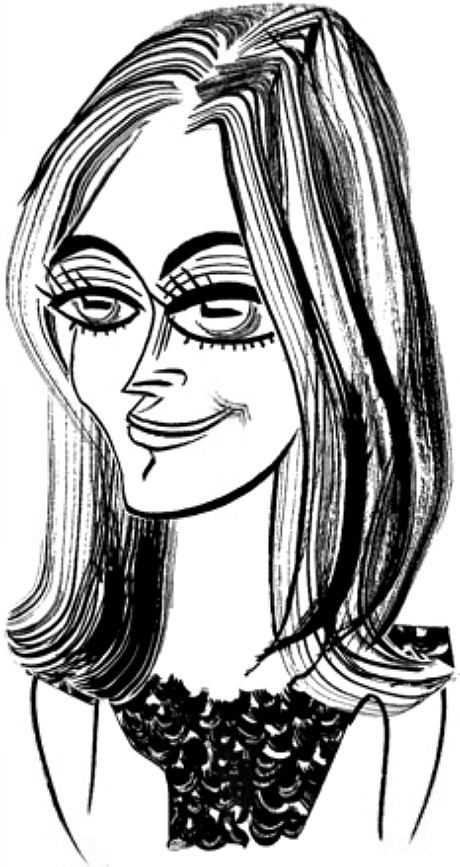 The second significant part of the piece is the following passage: “[Zero Dark Thirty] includes wrenching scenes of a terrorist suspect being waterboarded and subjected to other forms of torture by C.I.A. operatives; the suspect eventually surrenders information that helps lead to bin Laden. Bigelow maintains that everything in the film is based on first-hand accounts, but the waterboarding scene, which is likely to stir up controversy, appears to have strayed from real life.

“According to several official sources, including Dianne Feinstein, the head of the Senate Intelligence Committee, the identity of bin Laden’s courier, whose trail led the C.I.A. to the hideout in Pakistan, was not discovered through waterboarding. ‘It’s a movie, not a documentary,’ Boal said. ‘We’re trying to make the point that waterboarding and other harsh tactics were part of the C.I.A. program.”

The film clearly says that water-boarding results in a lead and then to a guy who knows a bit more about same, and that this eventually points to a bit more information that leads to a woman in Kuwait who’s the mother of Abu Ahmed al-Kuwaiti, and getting information about this woman after Jason Clarke‘s CIA officer buys a Kuwaiti informant a Lamborghini in the middle of the night. So maybe ZDT has “strayed from real life” to some extent, but are you going to tell me that shaking loose important information about anti-U.S, terrorists is best extracted through the application of Lamborghinis and martinis and high-priced prostitutes and that torture never helped at all?

The third most significant aspect is Bigelow telling Filkins that she “hasn’t decided” what to do after Zero Dark Thirty. “Usually what happens is something will reveal itself,” she says. “And then there will be an urgency, and then I can do nothing else but that.” In other words, she and Boal have shelved or otherwise bailed on Triple Frontier, the South American drug-gangster movie that Tom Hanks agreed to star in a couple of years ago until something-or-other slowed it down and put it on hold?

If Triple Frontier is really moribund, then I have a suggestion for Bigelow. Make a relationship comedy about a woman artist living in lower Manhattan and edging her way into films in the ’70s and early ’80s.

December 10, 2012by Jeffrey Wells10 Comments
« Previous post
The Howling
Next post »
“From Here On I Rag Nobody”