The pacing is natural and unhurried, and the dialogue is nicely sculpted for the most part. It was also the first film Clint directed in which he didn’t star.

I’m mentioning it because a Kino Lorber Classics Bluray will street on 8.25, or a week from today.

Here’s a Michael Atkinson riff about Holden and the brusque anxiety and rattled melancholia that always simmered in the characters he played — there, obviously, because they defined Holden himself.

“Truth be told, Holden’s character-role capacities ranged only from narcissistic American jerk to self-loathing American lug, but his best movies are implicit inquisitions into that personality — like Billy Wilder‘s Sunset Blvd. and Sabrina and Mark Robson‘s The Bridges at Toko-Ri.

“There was that wonderfully rough voice, often poised on the edge of cynical disillusionment. There was that physique — athletic but on the verge of dissipation. And there was that face — smooth and innocent in youth, a little weathered and circumspect in adulthood, lined with worry, regret and beleaguered wisdom as he withered. 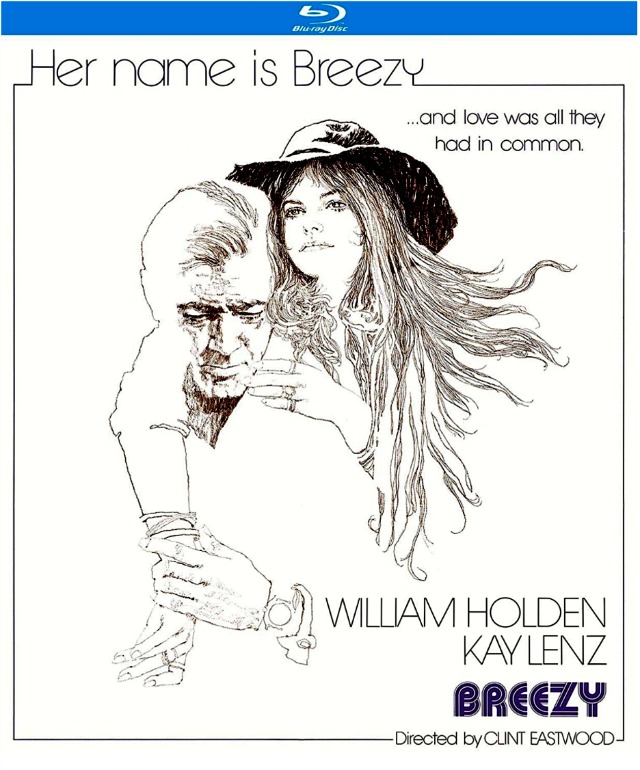 “As we watched Holden age on the screen, we saw an ongoing portrait of intelligent American masculinity in progress, interrupted by his untimely accidental death in 1981 at the age of 63.

And yet Atkinson didn’t mention Holden’s Breezy performance as Frank Harmon, which radiates a solid gravity force in every one of his scenes. I’m particularly fond of a moment in which Harmon and a real-estate colleague are discussing some hippie kids who are frolicking nearby, and Harmon offers a sardonic two-word assessment: “Low tide.”