I had a brief, enjoyable chat with the radiant Octavia Spencer (a.k.a. “Minny“) at last night’s press gathering for The Help (Touchstone, 8.10) at the Beverly Wilshire. Tate Taylor‘s period drama might have seemed like a liberal do-good fable to some were it not for Spencer’s level-straight performance as an African-American maid with a fully justifiable chip on her shoulder. (And for the equally formidable performance of costar Viola Davis, who didn’t attend last night’s event.) 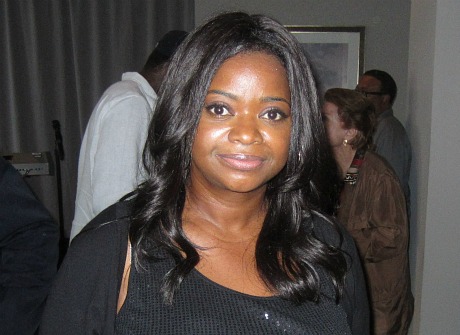 Best known for her comedic acting (and particularly for her ongoing role as Constance in Ugly Betty), Spencer has been working it since the mid ’90s. Her first feature role was in Joel Schumacher‘s A Time to Kill (’96). As far as I can tell her performance in The Help is Spencer’s first major dramatic lead in a feature. “An overnight success after 17 years,” is how she laughingly put it last night.

Octavia is a very serene presence and a good-natured pro. As I was chatting with her a tall blonde Valkyrie whom she didn’t know seized her, passionately hugged her and insisted upon the usual three to four minutes’ worth of excitable chit-chat plus photos. Spencer was as patient as anyone would be with an excitable five-year-old.

Mary J. Blige and her combo performed a song toward the end of the party, but the room was hot and stuffy. I couldn’t take it and excused myself after a couple of minutes. “Is it really going to be this hot?,” Blige asked as she began to perform.

The party was held in a large apartment — main living room, dining room, kitchen, large bathroom and bedroom — on the Beverly Wilshire’s eighth floor. The space is located across the courtyard from a nearly identical suite where Warren Beatty lived for a reported ten years during the late ’60s and early ’70s. 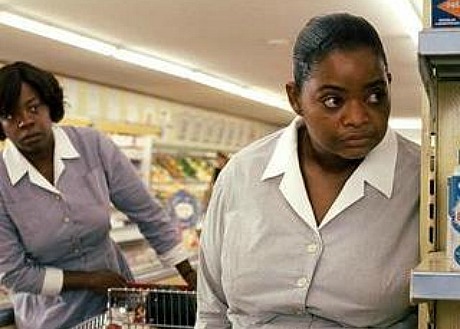 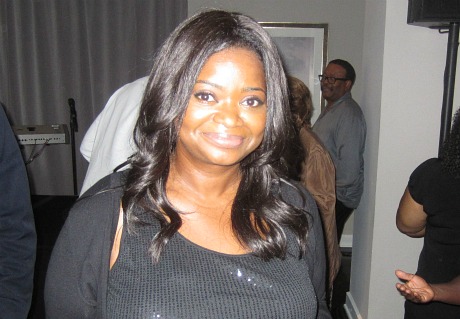