Steven Spielberg has told N.Y. Times reporter Laura M. Holson that he “insisted, contractually, on autonomy for DreamWorks if I was going to continue under the Paramount and Viacom funding arrangement. So I take exception when the press is contacted by our friends and partners at Paramount, who refer to every DreamWorks picture as a Paramount picture. It is not the case.” 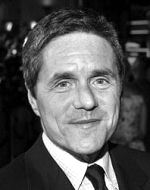 Spielberg and DreamWorks production chief Stacey Snider, who also talked to Holson, are clearly irritated with Paramount chairman Brad Grey‘s tendency to try and take credit for as much stuff as he can. I don’t know if the term “credit hog” fully applies, but Grey does seem to be so inclined And now Spielberg is saying to Grey in a public forum, “Back off, chill…we’re feeling threatened in terms of our identity.”

There’s definitely been an impression since early last year that Paramount is so entwined with DreamWorks that neither fully exists on its own, brand-wise — that they are in fact a new mingled entity called Dreamamount. That’s been my impression, at least. It’s much simpler to just say “Dreamamount” than to sort it all out every single time you write about a movie that DreamWorks has developed and produced but Paramount is distributing, blah, blah.

“The best marriage is when the husband and wife are always open to compromise, and the most important thing is dialogue,” Spielberg tells Holson. “I think this marriage is going to be dependent on a healthy amount of dialogue.”