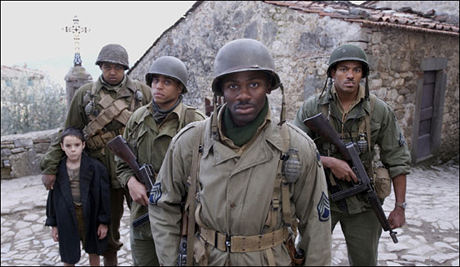 Derek Luke is dead center; Omar Benson Miller is standing to the far left next to the boy. I don’t know the other guys’ names and I’m not going to spend an hour or two trying to figure it out by calling Disney publicists and sending them images and so on. I’ve got enough aggravation.