Film Independent, the non-profit arts organization that produces the Spirit Awards and the Los Angeles Film Festival, announced the winners of its four Spirit Awards filmmaker grants earlier today at its annual Spirit Awards Nominee Brunch held at BOA Steakhouse in West Hollywood. What does BOA stand for? Nobody knows. Best guesses: “Best of Argentina” or the initials of the restaurant chain’s secret owner whose name could be “Benicio Oscar Alvarez.” 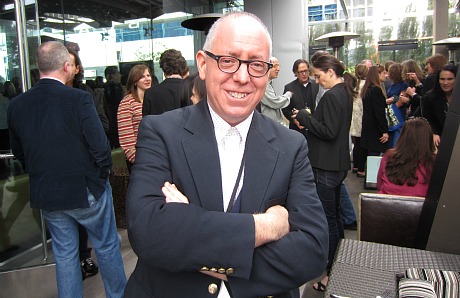 Focus Features’ James Schamus, who at this very moment was reminding myself, Deadline‘s Pete Hammond and In Contention‘s Kris Tapley that there’s a major romantic triangle at the core of Tinker Tailor Solider Spy — Gary Oldman’s Smiley, Smiley’s wife Anne and Karla, who has urged the “mole” to have an affair with Anne in order to misdirect Smiley’s attentions. 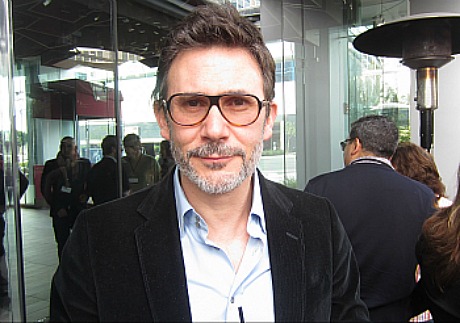 Artist helmer Michel Hazanavicius, the presumptive winner of the 2012 Best Director Oscar, at today’s Spirit Awards event, whom interviewed in Manhattan a little more than three months ago.

Mark Duplass (whose performance I recently enjoyed in Larry Kasdan‘s Darling Companion) and Sarah Paulson hosted the event and handed out the honors. 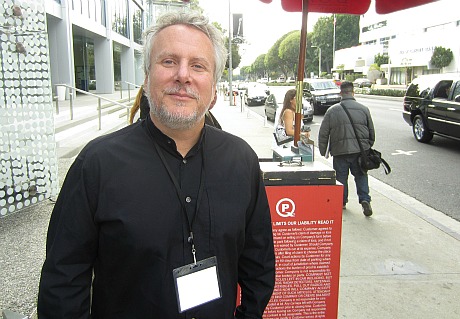 Director-screenwriter Larry Karaszewksi, who on Thursday, 1.19, will be hosting an American Cinematheque screening of Frank Perry’s Last Summer, with Barbara Hershey dropping by for a post-screening q & a. 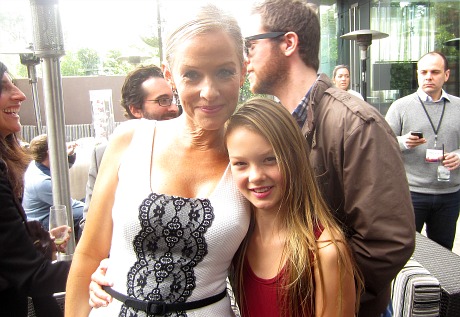 The Artist costar Penelope Ann Miller, her 11 year-old daughter Eloisa May. I know this shot would be bad and that I should have activated the flash to compensate for the overhead sunlight, but I didn’t. I slacked off and look what happened. Entirely my fault and not cool. Apologies. 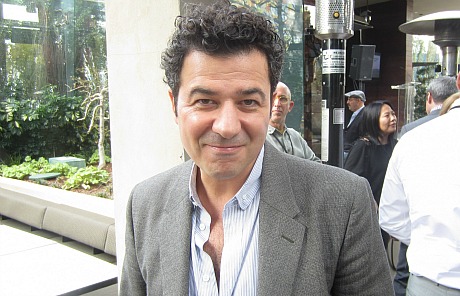 Artist composer Ludovic Bource, who composed a good 90 minutes worth of original music vs. the six minutes of Bernard Herrmann music that Kim Novak was so pissed off about. 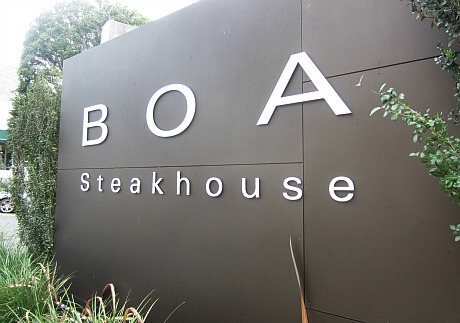 Winners for the remaining categories will be revealed at the 2012 Film Independent Spirit Awards, which Seth Rogen will serve as emcee. The event will happen under the big white tent on a parking lot at the beach in Santa Monica on Saturday, 2.25.12. The awards ceremony will premiere later that evening at 10:00 p.m. ET/PT on IFC.