“I wouldn’t dare unmask the secrets in the movie A History of Violence out of respect for the artistry of David Cronenberg and the integrity of his booby-trapped plot,” writes Village Voice film cricket Nathan Lee in a 7.21 N.Y. Times piece. “But there isn’t a single frame of The Number 23 I wouldn’t mock in great, guiltless detail for the simple reason that I find it extremely silly. 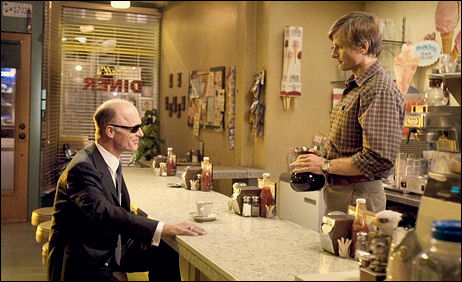 “A spoiler requires something to spoil and someone to take offense at the spoiling, and I’m confident that my readership does not include humorless scholars of the Joel Schumacher oeuvre.”
What’s the History of Violence spoiler? That Viggo Mortensen is really Joey the gangster? Isn’t that rather obvious from the moment when Mortensen wastes those two cafe robbers, and surely from the moment that Ed Harris and those two goons come into the diner and start with the insinuations? 48 years ago, would a critic have spoiled the just-opened North by Northwest by revealing that Cary Grant‘s Roger Thornhill isn’t really George Kaplan? Gimme a break.
I love those guys who angrily complain when I discuss a plot point about a film that’s opened, say, a month or two ago on the grounds that they’re waiting for the DVD to see it. And the ones who complain about spoilings because they’re waiting for the film to show up on cable before seeing it. I don’t have a hard and set rule, but if a film’s been playing for five or six weeks, I say all bets are off. Except for movies with Really Big Surprises — The Sixth Sense, The Empire Strikes Back, Crying Game, etc. 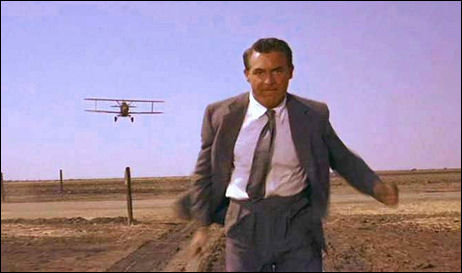 Note: Thanks to Moving Picture Blog’s Joe Leydon for linking to Lee’s article.