Stain Upon Honor of Cannes

On or about 5.20 Cannes Film Festival honcho Thierry Fremaux promised that a “planetary blockbuster” would premiere during the 2021 Cote d’Azur gathering (7.6 through 7.17).

The presumption or at least the hope, given Cannes’ rep for (mostly) semi-classy selections, was that the secret film might be the latest Bonder, No Time To Die. Or West Side Story. Or at least something half cool.

Then came Elsa Keslassy‘s deflating, appalling report that the “planetary blockbuster” will be Justin Lin‘s F9…wonderful! Robotic macho muscle-car CG bullshit on the Croisette…just what the movie doctor ordered.

China is the all-time arch-enemy now — creator of the lab-leaked Covid-19 virus that killed millions, and also the huge economic engine that ensures that empty crap movies like F9 will continue to dominate. 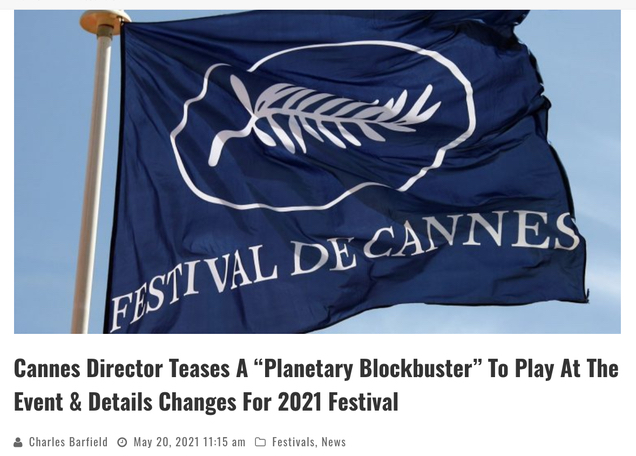