Posted yesterday in The Wall Street Journal, written by Gary Giepel: “Here’s a new form of woke authoritarianism: a demand that you sign a loyalty oath to go to the movies.

“I attended Utah’s Sundance Film Festival before the pandemic, then started watching its offerings online. This year’s festival begins [today — 1.19], and I looked forward to seeing new, small-market films from my recliner. But when I logged in to buy tickets, I was stopped at the virtual door.

“The site wouldn’t sell me tickets unless I affirmed the festival’s ‘Community Agreement.’ Among other things, I had to promise to be ‘vigilant in the fight against the spread of COVID-19,’ to avoid ‘unwelcome sexual attention, harassment, stalking, and inappropriate physical contact of any kind,’ and to refrain from ‘abuse or intimidation including that related to race, gender, position, or wealth.'” 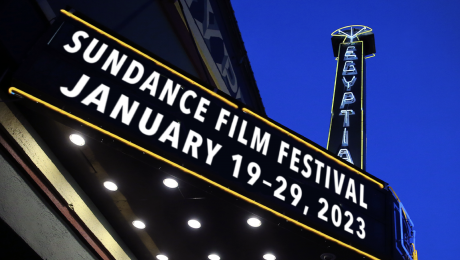 “What if I slipped up and engaged in ‘intimidation related to wealth,’ whatever that means? Someone could squeal using a ‘name-optional reporting form,’ and the complaint would be ‘taken seriously and reviewed carefully by Sundance Institute’s Safety & Belonging team.’ The team has the authority to impose ‘exclusion from Sundance Institute programs, platforms, or spaces—including a complete ban on further participation in any Institute program or event.’

“I asked if I could buy tickets without affirming the agreement and was denied via an anonymous email. The damage I might have done to someone’s sense of ‘belonging’ while watching films from my Indiana basement, 1,500 miles from Park City, Utah, apparently was too much to risk.

“As a classical liberal with conservative sensibilities, I was often challenged and sometimes offended by Sundance films. Good. Movies can open our minds and make us think—as most good art does. But this depends on the freedom to think for ourselves and question established orthodoxies without fearing anonymous informers and Orwellian enforcement teams.

“Writing in the past tense about Sundance makes me sad. But more of us — patrons, donors and especially liberal-minded board members of arts organizations — have to learn to echo Aleksandr Solzhenitsyn: ‘No, not through me.’

“If we don’t, we can prepare for the Sundance loyalty oath to become the norm at cultural venues. And we should prepare our imaginations for whatever comes after that.” 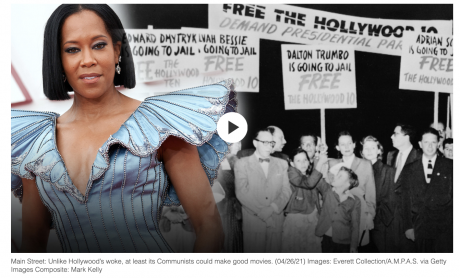