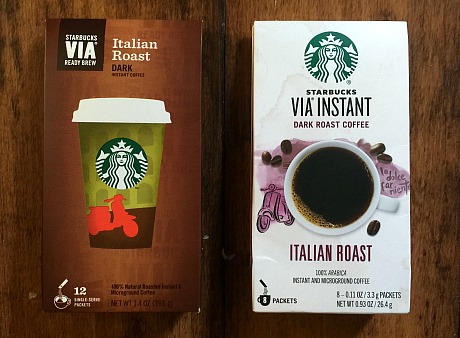 Last Friday I asked a Pavilions assistant manager what the story was, and he said the woman who could answer was off for the weekend, but if I left my number she would call me back — he really said this — “within 72 hours starting Monday morning.” I thanked him for the offer but said that the woman in question seemed overburdened, and that I didn’t want to make things worse.

I wrote and called Starbucks headquarters this morning. Three, four times. A lot of whining and pleading. They’re not exactly Jonny-on-the-spot types. I was finally given a written answer at 2:30 pm by a Starbucks employee identified only as “Amy.”

That’s really, really not true, Amy — the 12-count Instant Italian Roast and French Roast have been, until recently, routinely available not just in my local Pavilions but on shelves in as couple of Gelson’s I’ve visited. And like I said, even the 12-count packages haven’t been available over the past two or three weeks in the in-house Starbucks store.

People like Amy never give you a straight answer, but the bottom line, I suppose, is that I’m going to either have to order Starbucks Instant online (which I did today) or start making a habit of visiting Starbucks stores and snapping up my favorites when they happen to have them.  All I know is that somebody — possibly a Pavilions manager but who knows? — is fucking with me and my Starbucks morning comfort, and I don’t like it. 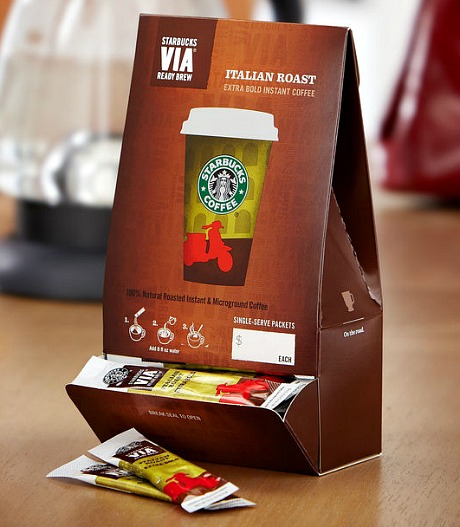