Melania did seem vaguely terrified as she delivered her remarks (“…theese terrible pandemic in theese difficult times”), and God knows her eyes were glaring with some kind of extreme emotion. As Virginia Heffernan wrote in a 4.27.18 L.A. Times piece, “She appears desperate but never sheds a tear.”

But I have nothing but condemnation for her wanton destruction of Jackie Kennedy‘s Rose Garden, ripping out the crab apple trees and making it look like some kind of cemetery….good God. 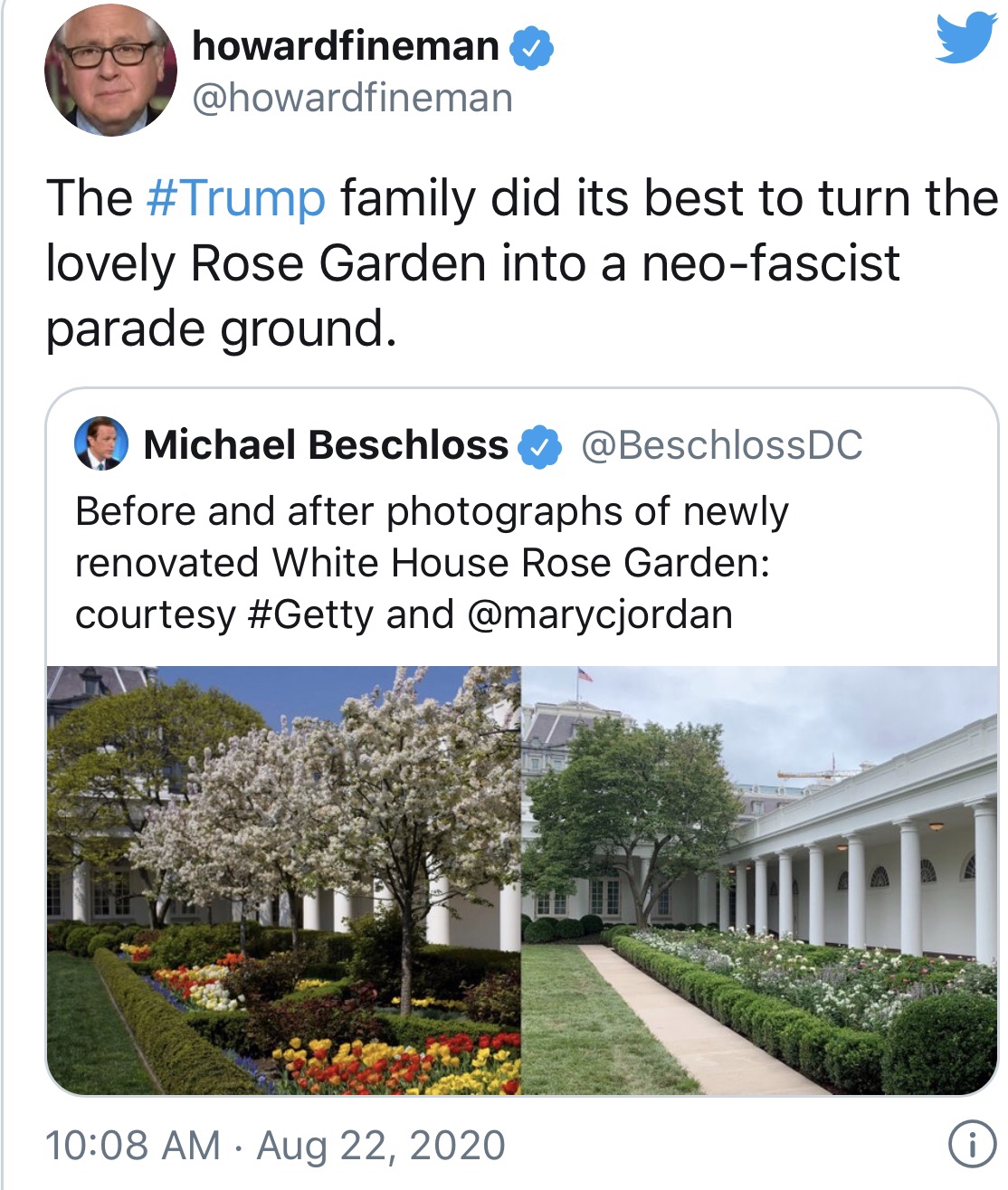