Everyone else, naturally, is predicting La La Land‘s Emma Stone. 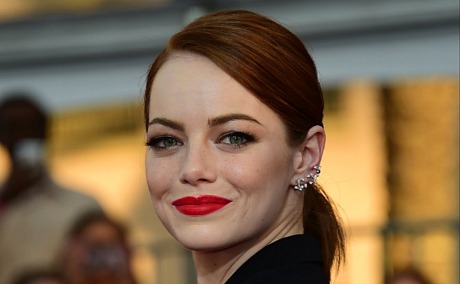 Academy members “usually vote for the pretty ingenue just as she emerges as the hot new chick on the block,” O’Neil reminds. “This year that would be Stone. She fits the profile perfectly. She’s a past nominee (Birdman) in the supporting category and now stars as the heart and soul of the film that’s about to sweep the Oscars.” On top of which strong Best Picture contenders “usually win an acting award,” he adds.

“All of this puts Stone out front,” he allows, “but she is vulnerable to an upset because her role is so deliciously frothy as she waltzes through the starry heavens with Ryan Gosling. Her role isn’t pretentious; it doesn’t have brooding gravitas.”

O’Neil said roughly the same thing last December when he called Stone’s La La performance a partial “problem” given that she’s playing “a deliberately two-dimensional role…perky and happy and dancing around…you don’t get a lot of gravitas and soulful reflection.”

Wrong before, wrong now. As I explained two months ago, Stone is mostly coping with soul-crushing rejection, despair, anxiety and frustration in Damian Chazelle‘s musical, and it shows on her face in every frame. She’s only 100% “perky and happy” when she leaving for a Hollywood party with her girlfriends in Act One, but even then the mood is mixed, and at the end of the evening her car has been towed.

There are also a pair of romantic dance numbers but those aren’t “perky” or “frothy” as much as swoony and transportational — different chemicals.

One of O’Neil’s best all-time observations is how Academy and guild members generally don’t vote for the best but for “the most.” In a Best Actress realm that means the saddest, the hardest struggle, the most tearful, pronounced, pulled from the heart, etc. In that sense Stone pretty much has it in the bag.

February 18, 2017by Jeffrey Wells13 Comments
« Previous post
Values Over Chops
Next post »
I Left The Leftovers Two Years Ago