Every now and then an actor delivers a performance that is so odious and unpleasant to settle into that even sophisticated filmgoers find themselves resenting the actor on some level, despite the obvious. If the performance is off-putting enough, it can seriously harm or stall an actor’s career. For me Ezra Miller‘s inhabiting of an evil, acid-spewing fiend in We Need To Talk About Kevin is one of these. I instantly knew while watching Lynne Ramsay‘s film in Cannes that I’d be avoiding seeing this guy in anything else, if at all possible. 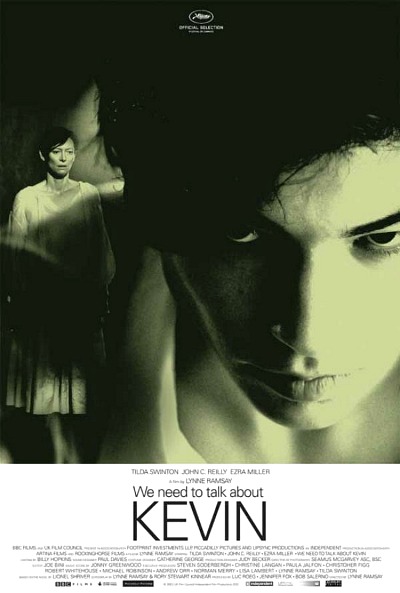 Unfair? A bit cruel? Yeah, it is. But that’s what a lacerating performance can sometimes achieve.

What other performances have been so instantly offensive that they all but stopped the career of the actor? All I can think of is Lorraine Braco‘s as a braying biochemist in Medicine Man (1992), which seemed to ruin her feature film work (at last in terms of choice roles) until she bounced back in ’99 with her psychiatrist role in The Sopranos. And, I suppose, Elizabeth Berridge performance as Mozart’s shrewish, low-rent wife in Milos Forman‘s Amadeus (’84). She pretty much went right into ’80s and ’90s TV after that grating turn. She played Annie Oakley in Hidalgo (’04).