All indications suggest that Joel Coen‘s The Tragedy of Macbeth (debuting tomorrow at the New York Film Festival) may be on the visually restricted side. It was shot on sound stages and in black and white — exactly the opposite approach taken by Roman Polanski‘s open-air, braving-the-elements, full-color 1971 version that I just rewatched a couple of days ago, and found bracingly realistic and fully alive.

N.Y. Times Manohla Dargis: “Blood and betrayal, toil and trouble — filmmakers from Akira Kurosawa to Roman Polanski have taken on Macbeth. In his stripped-down version, Joel Coen pitches his expressionistic tent between cinema and theater, taking a lead from Orson Welles, whose 1948 adaptation” — shot on hand-me-down western sets in Studio City — “was one of his last Hollywood films.

“Is this an ill omen from Coen?” [HE interjection: An ill omen in what sense?] The play is still the thing and so is a volcanic Denzel Washington, who ferociously embodies, as Welles put it, ‘the decay of a tyrant.'”

An “expressionistic tent” suggests something inventive but shrouded, protected from the elements, a realm with limits. Dargis also implies that Coen’s film is as much of a theatrical piece as a movie. In other words, a film that may strike some as confining, perhaps even under-oxygenated….maybe. We shall see what we shall see. 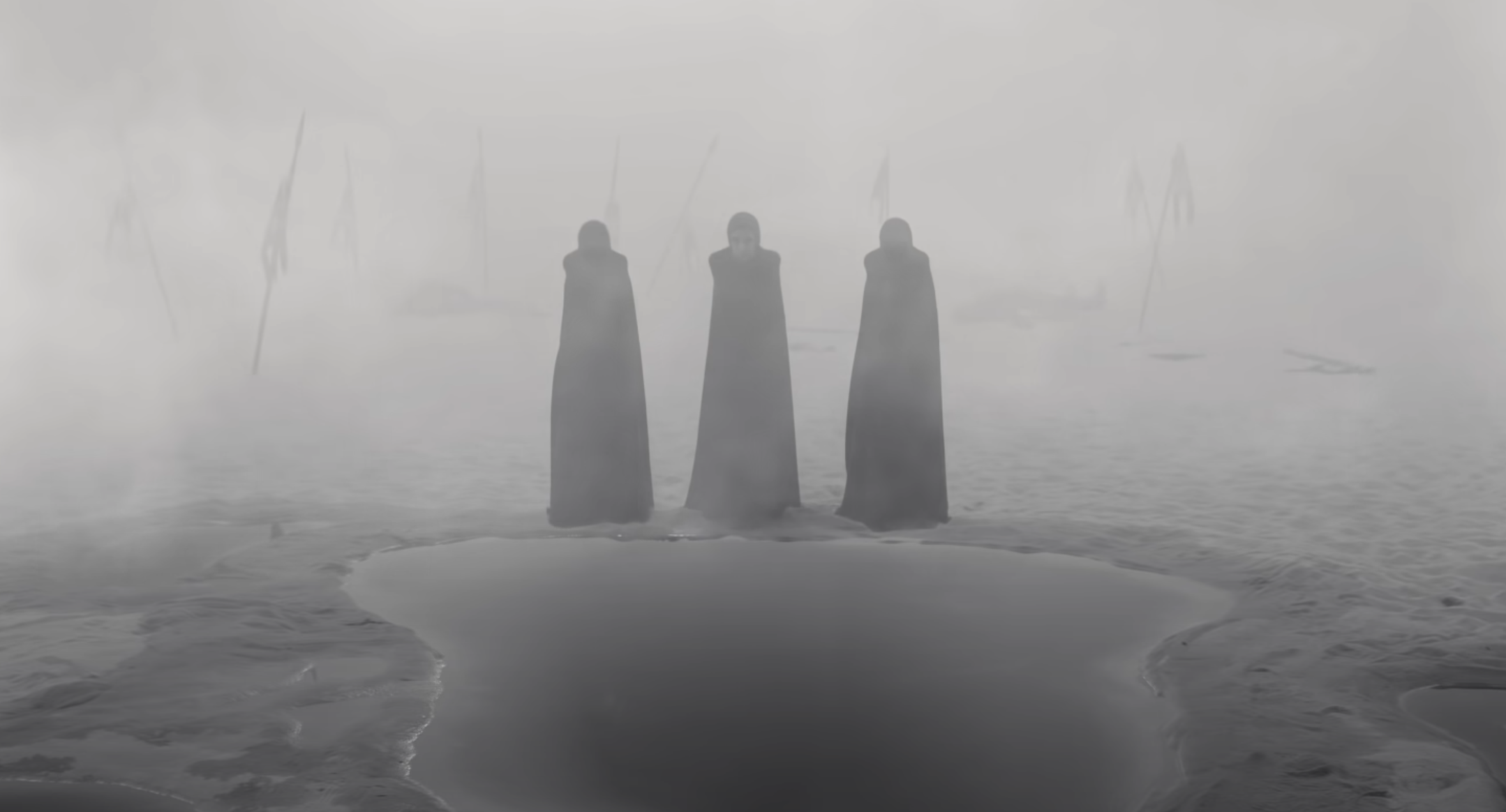